How do we fight the good fight of faith!? Jesus told us that it would not be easy and that it would require us to exert a force in the direction of God’s Kingdom. To possess God’s promises for us, we not only need to believe them, but we also need to act on them and live them out!

In the Lord’s prayer, Jesus taught his disciples to pray that they would not be led in temptation but to be delivered from evil. If we are going to take possession of what God has already bought for us through the precious blood of Jesus, we need to remain alert to the enemy’s devices. If we fall into temptations or offenses, we open the door to the enemy, and we lose the territory that belongs to us. The enemy is after derailing God’s people by causing shame, guilt, and accusation.

Joseph had dreams about God’s purpose in his life, but for many years everything looked opposite of what he had seen in his dreams. He could have grown bitter, resentful, and disobedient to those who ruled over him. To the contrary, Joseph fought the good fight of faith by remaining diligent, pure, obedient, and free from offense. This prevented him from not being baited by the enemy nor to be derailed from God’s purpose in his life.

But you, O man of God, flee these things and pursue righteousness, godliness, faith, love, patience, gentleness. Fight the good fight of faith, lay hold on eternal life, to which you were also called and have confessed the good confession in the presence of many witnesses. 1 Timothy 6:11-12

Paul gives another glimpse of how to fight the good fight of faith. He describes that we are to live with godliness, faith, love, patience, and gentleness. These qualities allow a believer to lay hold of the Kingdom of God and bring it to earth. Furthermore, others get to see, taste, and experience the Kingdom of God through those who live their lives this way. 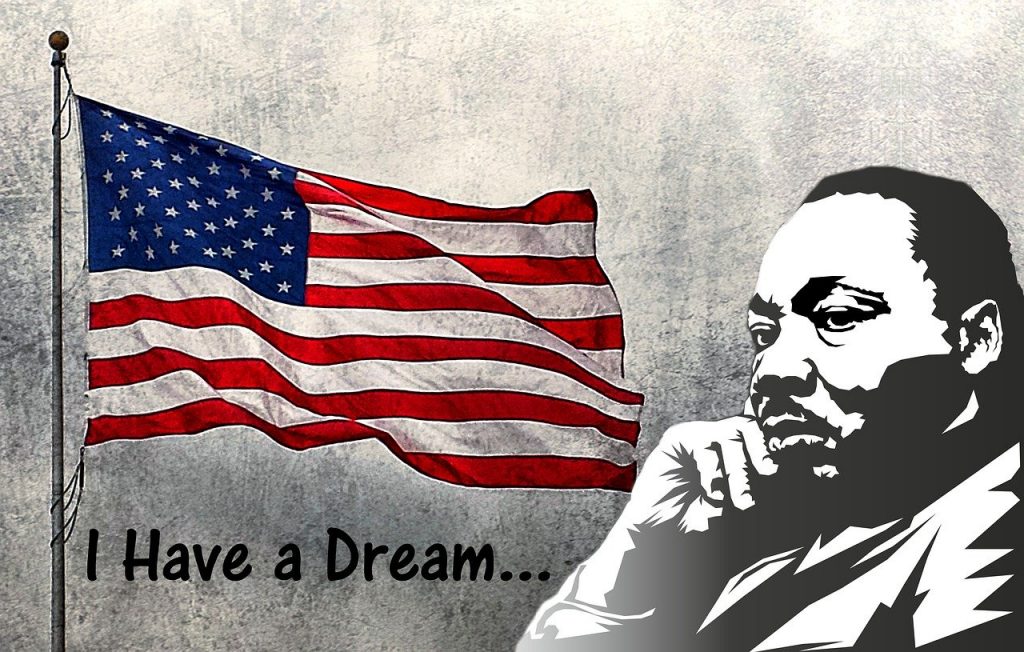 Today, as we remember the work and the ministry of Dr. Martin Luther King, we see a man of God who fought the good fight of faith in pursuit of truth, dignity, and justice! He exerted force and brought violence against the kingdom of darkness, hatred, and racism, but he fought this battle with faith, love, courage, and patience. While taking action, his hope was ultimately in the Lord his redeemer, which brings us to the next point in Paul’s exhortation.

Paul also stresses to lay hold on eternal life! This is an important aspect of fighting the good fight of faith. Jesus bought eternal life for every person who confesses their sin and recognizes Jesus’ work on the cross for the forgiveness of their sins. Jesus did not just die, so we can have a good life on this earth, but He died to give us the hope and expectation of an eternal life with our savior and Lord. If people live their lives as if this life is all there is, then they will live their lives with frustration, anger, compulsion, and restlessness. It is the hope of eternal life that allows God’s children to live with contentment, peace, and joy in this unstable world!

We live in a world where the enemy wants to draw every person, including the believers, into the bait of hatred, division, and animosity. As God’s people, we are called to do it differently! How do you fight the good fight of faith? Do you recognize the enemy’s schemes in derailing you from God’s purpose!? Are you ruled by God’s character in your life even when things don’t go your way? Do you have the hope of eternal life?

Image by Tumisu from Pixabay