After these things Jesus showed Himself again to the disciples at the Sea of Tiberias, and in this way He showed Himself:  Simon Peter, Thomas called the Twin, Nathanael of Cana in Galilee, the sons of Zebedee, and two others of His disciples were together.  Simon Peter said to them, “I am going fishing.”

They said to him, “We are going with you also.” They went out and immediately got into the boat, and that night they caught nothing.  But when the morning had now come, Jesus stood on the shore; yet the disciples did not know that it was Jesus.  Then Jesus said to them, “Children, have you any food?”

They answered Him, “No.”

6 And He said to them, “Cast the net on the right side of the boat, and you will find some.” So they cast, and now they were not able to draw it in because of the multitude of fish. John 21:1-6

Simon Peter went up and dragged the net to land, full of large fish, one hundred and fifty-three; and although there were so many, the net was not broken. Jesus said to them, “Come and eat breakfast.” Yet none of the disciples dared ask Him, “Who are You?”—knowing that it was the Lord. Jesus then came and took the bread and gave it to them, and likewise the fish. John 21:11-13 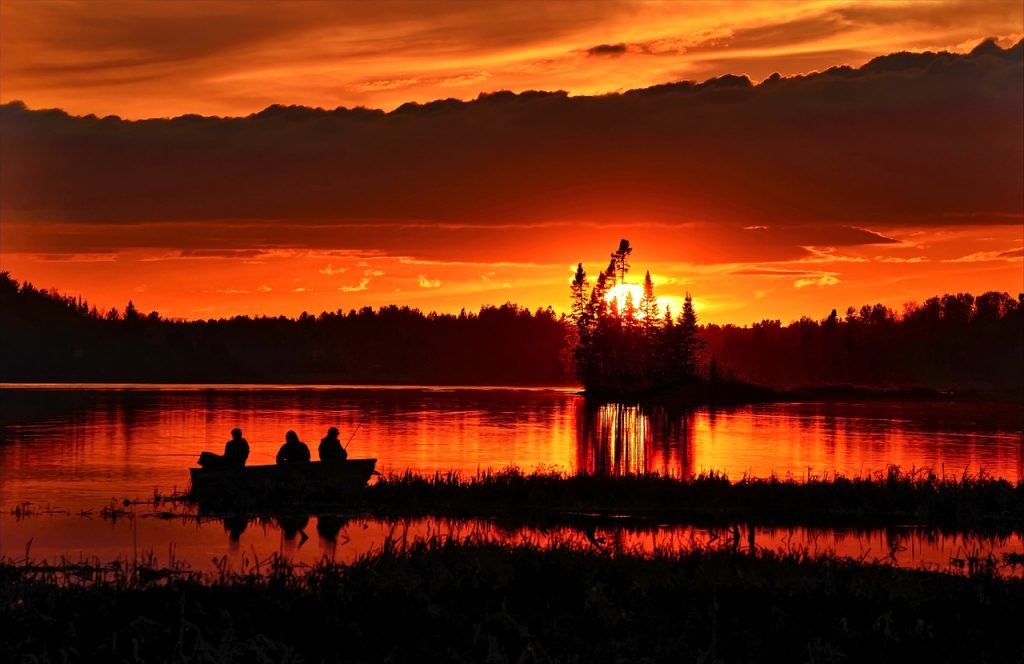 There was a time in Peter’s life that he was very sure of what God was doing. Jesus had touched his fishing trade once before, and he had seen Jesus’ miraculous word bringing an increase. That was the time when Peter knew Jesus was calling him to be a fisherman of men (See Luke 5:1-11). However, this time it was different. Since His crucifixion, Jesus had appeared to them a couple of times, but things were not the same anymore.  They didn’t have the assurance of Jesus’ presence, and neither did they know what was next for them.

When we are weary, it could feel like we are stuck. We don’t know how to move forward, and we can’t set any new goals. We get antsy and anxious about the unknown. What if people asked us about our plans? It would be embarrassing to tell them that we don’t know what is next. What if they think less of us because things haven’t worked out the way we had imagined? They might ridicule our faith. Will they question our maturity? Will they wonder if we truly heard God? Those are our giants as we step into the unknown. The unknown times can be turbulent to the soul. The enemy whispers in our ears to tempt us out of the will of God. It takes strength and courage to remain and abide in Christ in this season.

Peter naturally went back to doing what he was good at. He went back to fishing; the very thing Peter had put behind him when he decided to follow Jesus. Since there wasn’t anything else for him to do, this could keep his identity intact. Because Peter was insecure about his current state, he preferred to identify with his past rather than feeling the confusion of his shaken new identity. Interestingly, while fishing was his past profession, he was not able to catch any fish. Jesus had to speak the word before they could bring the increase. Jesus appeared to Peter to show him that without Jesus he can do nothing! In addition, Jesus restored Peter’s relationship to Him and reaffirmed the call of God in Peter’s life.

Peter wasn’t wrong in hearing the Lord. Jesus had called him to ministry, and he was going to catch much fish for the Kingdom. Going back to fishing wasn’t the answer to his weariness and perplexity.

When we are weary, we have a tendency to go back to what is familiar to us. The unknown is an insecure place to be. We would rather be busy doing something than to look lost and weary. We will be tempted to go back to what has earned us money, success, love, honor, prestige, or respect in the past. However, Jesus is doing a new thing, and we need to let the Lord bring it to pass and allow Him to help us face our giants. He is the one who can eradicate the fear of man. We don’t have to run from our giants nor do we need to cover ourselves with fig leaves to hide our vulnerability. We just need to let Him deal with our internal world, so we can rest peacefully in His presence and allow Him to have His way! We must stand in faith and believe that God is making a way where there doesn’t seem to be a way.

Not only Jesus enabled Peter to catch fish,  but He also had breakfast with Peter and the other disciples. Regardless of our successes or failures, our goals or lack of direction, Jesus always desires to have fellowship with us. If we have accepted Him to be the Lord of our lives, then we can trust Him with our next step. In the meantime, we can enjoy our fellowship with Him and allow the simplicity of faith to refresh our relationship with Him. In our encounters with Him, Jesus is not looking for a business meeting or an agenda to be accomplished. He is just looking for a genuine and loving relationship that is founded in rest.