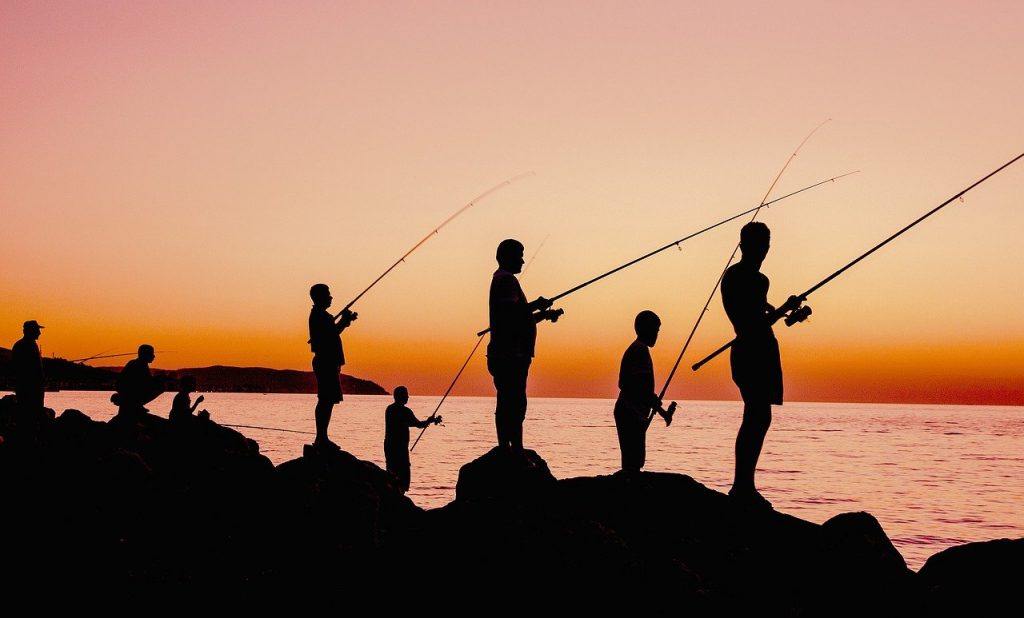 Jesus picked four fishermen to be part of his team of twelve disciples. He likened reaching people to being a fisherman! There is much to learn about the skills that a fisherman uses in catching fish.

And as He walked by the Sea of Galilee, He saw Simon and Andrew his brother casting a net into the sea; for they were fishermen.  Then Jesus said to them, “Follow Me, and I will make you become fishers of men.” They immediately left their nets and followed Him. When He had gone a little farther from there, He saw James the son of Zebedee, and John his brother, who also were in the boat mending their nets. And immediately He called them, and they left their father Zebedee in the boat with the hired servants, and went after Him. Mark 1:16-20

In those days, people did not have the diversity of jobs that are available now. Generally, a trade was passed on from one generation to the next, and the younger men took over the business/land that belonged to their parents  and provided for their families. One of those jobs was being a fisherman.

The fishermen would have learned the trade by on-the-job training. These fishermen did not do a personality test to find out if being a fisherman was the right job for them. They did the job, and, in the process, their profession shaped them, and they acquired the right skills while doing the work.

My father experienced this in his life. He did not have an opportunity to get an education growing up, so he had to learn a trade to support himself and eventually his family. His older brother who was a tailor invited my father to move to his hometown so he can learn the trade from him. My father wasn’t really interested, but he moved to my uncle’s hometown anyway and tried learning the trade. He told me that he was awkward in holding the needle and he hated it. He thought he needed delicate and small fingers to have the manual dexterity needed to sow. He was ready to quit but based on the counsel of those around him, he stuck it out. However, by the time, I was growing up, my father had a successful tailoring business and made beautiful custom-made suits for men. It was a hard job for him, but he did his best to produce good quality clothing and to provide for his family. He gained the skills in the process of doing the job.

Many times, when attempting to do work in the Kingdom, we look at our natural abilities and/or interests. We want to get developed in a certain area of ministry and, at the same time, make a difference in the Kingdom. In the old days, people did what was available to them and were not focused on their giftings and natural interests.

I don’t think any of us were born with evangelistic skills. Some may be more extroverted than others, but it takes more than a good personality to reach people for Jesus. Many may feel awkward in reaching people not knowing how to do it well. That’s ok. We all need to learn and grow in evangelism regardless of our personalities and our natural skill-set. We also need to learn from others to help us to do it well.

A fisherman cannot fish from the comfort of his home. He needs to be where the fish are. Since water is the natural habitat for fish, the fishermen need to spend many hours outdoors and be comfortable being around water for extended periods of time.

Similarly, if we are going to be fishermen of men, we also need to leave our comfortable spaces and get a bit uncomfortable by getting out there. We can’t just sit post a devotional or an encouraging word from the comfort of our home and expect to catch fish. Furthermore, we will have greater success in reaching the lost if we get out there and develop relationships rather than expecting people to find us in our churches.

Image by fikret kabay from Pixabay