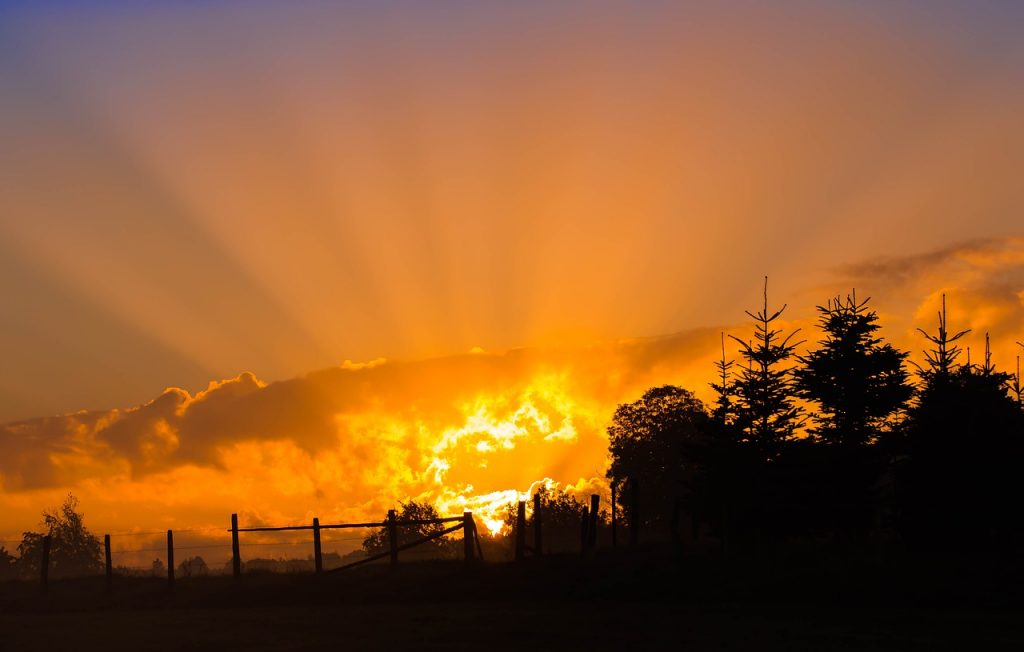 The Lord sent Jesus to declare the good news about His eternal Kingdom and the way to enter it! This hope of eternal life should make a difference in how we live our lives as believers.

The Hope of Eternal Life

Thomas said to Him, “Lord, we do not know where You are going, and how can we know the way?” Jesus said to him, “I am the way, the truth, and the life. No one comes to the Father except through Me. John 14:5-6

Jesus said to her, “I am the resurrection and the life. He who believes in Me, though he may die, he shall live. And whoever lives and believes in Me shall never die. Do you believe this?”  She said to Him, “Yes, Lord, I believe that You are the Christ, the Son of God, who is to come into the world.” Mark 11:25-27

Jesus called the Lord His father, which meant that His relationship to the King of Kings was that of a son to a father. This is so different from every other religion and faith. The Israelites had so much respect for God that they would not even utter His name. Various prophets spoke of God but none of them had seen the Kingdom of God firsthand. All other religions deal with inanimate gods or a distant god. Jesus came to change all of that.

Jesus spoke of heaven as a familiar place. He said that in His father’s house there were many mansions and that He was going to prepare a place for His disciples (See John 14:2). He came as the spokesperson for the Kingdom of God.  Jesus was the bridge between a holy Kingdom and a sinful man. He became the WAY and the GATE to the Father in entering the everlasting Kingdom (See John 10:9).

In the above passage (Mark 11:25-27), Jesus declared that true life is found in Him and that He is the resurrection and the life. Apart from Him there is no salvation nor eternal life with God. Many people think that true life is when someone gets everything he/she wants in this world. Others think of it as being happy in life. Those are all false expectations that actually set people up for disappointments and disillusionments. This is especially true for Christians living in first world countries such as ours.

Jesus’ mission was to redeem humanity from its hopeless state. He brought a renewed chance of eternal life for those who forsake their sin and accept His work on the cross. He did not promise that people will get everything they want, but He did promise His peace and His presence in this world. His followers will have resurrected bodies, and they will get to spend eternity with those who love them dearly (the Father, the Son, and the Holy Spirit). Regardless of status, wealth, and life circumstances, every believer in Jesus Christ will get to leave the past behind and be embraced by the arms of their loving God. This truth helps us to have a proper perspective of our lives here on earth.

Without the hope of resurrection, life here on earth is meaningless and hopeless. Life without God is a roller coaster of ups and downs with no rhyme or reason. However, with God, life takes on a new meaning, and we follow the one who finished His course in faith, hope, and love. If there was no hope of resurrection, there would be no need to present ourselves as a living a sacrifice. People throughout centuries have sacrificed their lives, so that others can have a chance of hearing the gospel. Why were some willing to die for the gospel? Because they knew that the Kingdom of God and eternal life are real, and they wanted to take as many people with them as possible.

Jesus brought good news about the Kingdom of God for all those who were weary, burdened, and oppressed. He came with the hope of eternal life for those who follow Him, but He also warned people of eternal judgment outside of a relationship with Christ. Just as the promise of eternal life with God is sure, the eternal judgment is also certain. That is why it is so important for us to keep an eternal Kingdom perspective and not be focused on meeting all our carnal wants and desires. We also want to be effective in a lost world and help as many as possible to escape the eternal judgment and enter the Kingdom of God.

When was the last time you thought about belonging to the Kingdom of God and someday spending the eternity with Him!? Does that change your perspective on your life here and now?