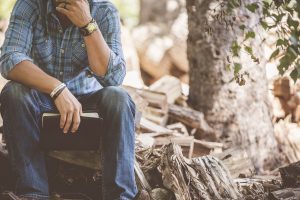 Sometimes we value spiritual gifts such as prophecy, faith, or discerning of spirits over the gift of encouragement. However, encouraging others can be very valuable in the life believers! An example of this can be seen in Apostle Paul’s life!

And when Saul had come to Jerusalem, he tried to join the disciples; but they were all afraid of him, and did not believe that he was a disciple. But Barnabas took him and brought him to the apostles. And he declared to them how he had seen the Lord on the road, and that He had spoken to him, and how he had preached boldly at Damascus in the name of Jesus. So he was with them at Jerusalem, coming in and going out. And he spoke boldly in the name of the Lord Jesus and disputed against the Hellenists, but they attempted to kill him. When the brethren found out, they brought him down to Caesarea and sent him out to Tarsus. Acts 9:26-30

Saul who became Paul was the persecutor of the church, and he even watched Stephen being stoned. He was a dangerous and zealous man who had been on the mission to arrest and persecute Christians wherever he found them. This was not a man that Christians wanted to get close to. However, Paul had a real conversion when Jesus met him on the road to Damascus. Ananias was the first person led by the spirit who took a risk in visiting Paul and helping him regain his vision. When Ananias met Saul for the first time, he called him “Brother Saul.” That is amazing! That must have been so encouraging to Paul since he knew he didn’t deserve any of the care or love that Ananias was showing him.

Have you ever encouraged someone who did not look like they deserved it based on their past life and choices!? The Lord has shown His great grace and mercy to us, and by being merciful and gracious to others, we can offer hope and encourage people to live for God.

It was understandable for Paul not to have been trusted at this time. However, here was Barnabas as another encourager who came alongside of Paul.  Barnabas opened his heart and believed that Paul’s conversion was real. Furthermore, Barnabas must have seen the call of God on this man’s life and must have discerned that Paul needed to get connected to the other apostles.

Barnabas became Paul’s endorsement to the apostles. That must have been so encouraging to Paul for someone being willing to risk his reputation to stand with him and to believe in his conversion and the call of God on his life. Barnabas brought him to Jerusalem sharing about Paul’s conversion and giving it credibility.  This allowed the other apostles to accept him. It also connected Paul to the other leaders of the New Testament church. They were able to work in unity with one another and build the Kingdom of God and expand His mission.

There is a need for encouragement in many places and phases in life. For example, when we begin something new, many times we are not sure of ourselves and don’t know if it is going to work out or not. This could be being new in the faith, being newly weds, becoming parent for the first time, or starting a new business. All these situations and many others have a way to make us unsure of ourselves. This is where encouragement is very valuable and can help a person to move forward. and not give up.

Encouragement is such a powerful gift and we are all capable of doing it for one another! Is there anyone in your life who needs encouragement right now!? As the Lord leads us, let’s help people by encouraging them in the path the Lord is leading them.