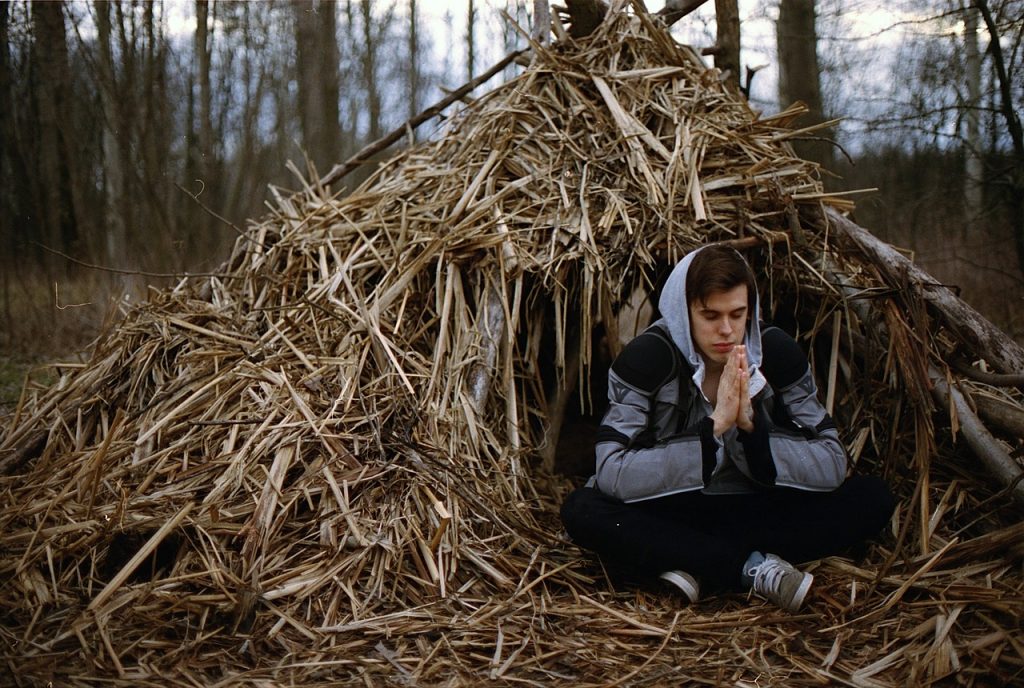 The parable of the prodigal son shows us the heart of the Father and His patience towards His children. There is hope and restoration in returning to Him!

Then He said: “A certain man had two sons. And the younger of them said to his father, ‘Father, give me the portion of goods that falls to me.’ So he divided to them his livelihood. And not many days after, the younger son gathered all together, journeyed to a far country, and there wasted his possessions with prodigal living. But when he had spent all, there arose a severe famine in that land, and he began to be in want. Then he went and joined himself to a citizen of that country, and he sent him into his fields to feed swine. And he would gladly have filled his stomach with the pods that the swine ate, and no one gave him anything. But when he came to himself, he said, ‘How many of my father’s hired servants have bread enough and to spare, and I perish with hunger! I will arise and go to my father, and will say to him, “Father, I have sinned against heaven and before you,  and I am no longer worthy to be called your son. Make me like one of your hired servants.” ’

“And he arose and came to his father. But when he was still a great way off, his father saw him and had compassion, and ran and fell on his neck and kissed him.  And the son said to him, ‘Father, I have sinned against heaven and in your sight, and am no longer worthy to be called your son.’  “But the father said to his servants, ‘Bring out the best robe and put it on him, and put a ring on his hand and sandals on his feet. And bring the fatted calf here and kill it, and let us eat and be merry; for this my son was dead and is alive again; he was lost and is found.’ And they began to be merry. Luke 15:11-24

The younger son finally came to himself. He became aware of the error of his ways, and how his attitude and his decisions had led him to the road of destruction and despair. He realized that his father’s servants lived a better life than him. His family of origin and their wealth did not change the fact that he had to take responsibility for his own life and own up to his responsibilities. Until he came to his senses, he was living like an animal among the swine and was not able to enjoy the blessings of being a son.

There are Christian families with prodigal sons, daughters, brothers, or sisters. These families may have invested years of their lives depositing truth, love, and kindness in the prodigals’ hearts. However, unless the person comes to the realization of their internal condition and is willing to walk away from their destructive paths, no one can truly help them. It is not easy to see people destroying their lives or making bad choices. However, continuing to pour in money and resources does not fix the issue; it only prolongs it. The one thing that is needed is for the person to come to himself and see their true condition.

For a day in Your courts is better than a thousand. I would rather be a doorkeeper in the house of my God Than dwell in the tents of wickedness. Psalm 84:10

The younger son returned home and admitted to his father that he was a sinner and unworthy. He did not expect to be treated as a son only a servant. His humility must have touched the heart of his father. This reminds me of the above verse that is very powerful and profound. The writer realized that being the least in the Kingdom of God was far better than having the best in the company of the wicked and the godless.

The younger son understood this truth because he had felt the pain of sin and the anguish of rebellion in his life. He was willing to be a servant in his father’s house rather than being out in the world with those who participated in the works of rebellion and wickedness.

We don’t want to forget where God has brought us from. When we first came to salvation, we were peaceful and joyful. We were relieved that we did not have to carry the burden of guilt and the shame any longer. We were happy to be in the house of God and sing songs and worship and adore him. However, if we are not careful somewhere along the line carnality begins to creep in. Positions of power and leadership become very appealing. Ministries and titles look like promotions and some begin to dream of  climbing the ladder of success in the church. They used to be happy being an usher or a doorkeeper, but it no longer brings them joy. They feel humiliated because now they have seen others getting promoted and are wondering when it’s going to be their turn.

The father in the story had prepared his heart for his son’s return. There was no anger, offense, or animosity in his heart. The younger son came humble and repentant. He was happy to just be a servant or a doorkeeper at his father’s house. However, his posture caused his father to receive him back as a son. His father celebrated the son’s return. He restored him by placing a ring on his finger and putting on a robe. There was reconciliation because there was repentance on one side and forgiveness on the other side. Praise God!

Let’s pray for the wayward loved ones to come to their senses and see the error of their ways. Let’s ask the Lord to help us remain in faith, hope, and love so that when they return repentant, we are ready to receive them with our whole heart and be willing to reconcile the relationship. Furthermore, let’s work on remaining humble and grateful for how the Lord has redeemed us when we didn’t deserve it and to be thankful for the opportunity of serving in the Father’s house.

Image by Benjamin Balazs from Pixabay