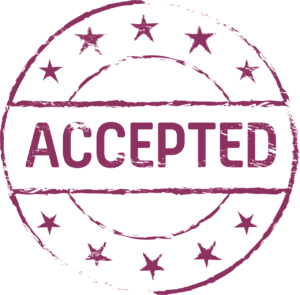 First, we need to remember that when sin entered the world, it brought shame and guilt, which is the opposite of feeling loved and accepted. This was evident in Adam and Eve’s life who hid from God because they were afraid of Him. They also began to blame each other because they could not stand feeling condemned or judged. The same feelings hold for every human being. People in one way or another try to pretend they don’t care about being accepted or take destructive paths to make acceptance possible.

If you do well, will you not be accepted? And if you do not do well, sin lies at the door. And its desire is for you, but you should rule over it.” Genesis 4:7

But in every nation whoever fears Him and works righteousness is accepted by Him. Acts 10:35

The Lord has a solution for our need for acceptance. However, people including some Christians experience jealousy in their relationships because of their insecurities and not feeling accepted. Why do we have a hard time admitting that we need acceptance!?

If we were to admit that we need acceptance then it would be easier to investigate why we are not feeling accepted. Sometimes unresolved issues from the past make someone not feel accepted. Some alienate people because of their insecurities creating a vicious cycle of not feeling accepted. Some are competitive, which makes it hard for them to create loving and accepting relationships with others. Some live in a competitive/critical environment, and as a result, they don’t feel like they can be good enough. The truth is that whatever the case may be, we need to take responsibility for our part otherwise we will be at the mercy of others.

Before we can have a potent message about God’s acceptance, we need to be honest with ourselves about our need for acceptance, and the ways we have tried to attain it in the past. The more real we are about our needs and the necessary course correction, the more effective we will be in helping others get there.

Image by https://pixabay.com/users/mustafa_fahd-2576863/?utm_source=link-attribution&utm_medium=referral&utm_campaign=image&utm_content=1966698 from Pixabay