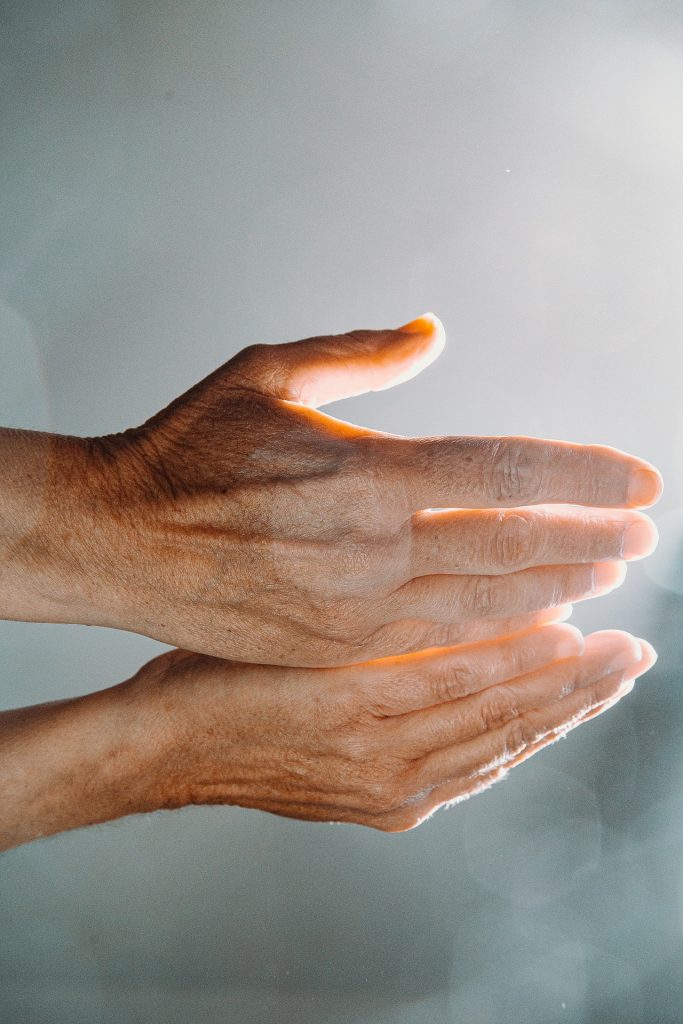 Our walk with the Lord is meant to be simple and organic. God uses us by placing his supernatural power and anointing upon our natural abilities. He chooses to use what is in our hands to be a blessing to others. We get to participate in the work of the Kingdom with what has been deposited in us spiritually as well as naturally.

In those days, the multitude being very great and having nothing to eat, Jesus called His disciples to Him and said to them,  “I have compassion on the multitude, because they have now continued with Me three days and have nothing to eat.  And if I send them away hungry to their own houses, they will faint on the way; for some of them have come from afar.” Then His disciples answered Him, “How can one satisfy these people with bread here in the wilderness?” He asked them, “How many loaves do you have?” And they said, “Seven.” Mark 8:1-5

Jesus had compassion for the people who had been listening to His teachings for three days and wanted to feed them. The disciples did not think that they had any food to feed the people. His disciples focused on the size of the need, but Jesus looked at what was in the disciples’ possession. The disciples may have thought seven loaves would give them a couple of meals for the thirteen of them, but it would be a drop in the bucket if they tried feeding thousands.

Jesus did not condemn them for not having planned ahead to feed a large crowd. He just asked them what they had with them. They offered what they had brought. Jesus gave thanks and God did the rest of the work by multiplying the loaves and the fish and feeding thousands of people.

The supernatural work of God begins when we realize that our own abilities are not enough. When we offer them to the Lord and thank Him for what He has given us, He can supernaturally multiply our efforts and provide for those who are in need.

When the Day of Pentecost had fully come, they were all with one accord in one place.  And suddenly there came a sound from heaven, as of a rushing mighty wind, and it filled the whole house where they were sitting. Then there appeared to them divided tongues, as of fire, and one sat upon each of them. And they were all filled with the Holy Spirit and began to speak with other tongues, as the Spirit gave them utterance. Acts 2:1-4

When the disciples were in the upper room praising and worshipping the Lord, suddenly the power of the Holy Spirit fell upon them. This was not something that they would have had previous experience with nor did they have anyone to show them to do it right. Furthermore, they did not need to study a new language to speak it. They just surrendered themselves to the Lord, and He took over their tongues by causing them to speak in foreign languages that they did not know before. In addition, Peter who had denied Jesus just a few weeks earlier, boldly preached the first gospel message. He had not prepared a special message or sermon for this occasion but the unction of the Holy Spirit moved him and empowered him to open his mouth and share his revelation of what Jesus did on the cross.

The Lord has amazing ways of performing miracles by what we make available to him. While the 21st Century world is all about education, workshops, and classes for a whole host of skills, the Lord has a different way to use His people. Jesus’ disciples were trained relationally by being present with Jesus and learning from Him. They each had their own personalities and giftedness that God used, but every one of them was empowered by the Holy Spirit who blessed their natural and spiritual gifts to be used for God’s glory.

Sometimes, we look at the world and wonder why it has gone in such a wrong direction and if there is any hope for change. The truth is that many people in the world are missing various essential life skills and are in need of help. Some may be very educated and successful but they have no idea how to be a good spouse, a good parent, a good employee, or a good money manager. There are missing pieces to people’s lives that we all can help to fill the gap by showing care and compassion and sharing what is in our hands to bless others.

If we want to see our communities changed, let’s allow God to use what is in our hands to bless others, so they can see the love of God and His care for them.