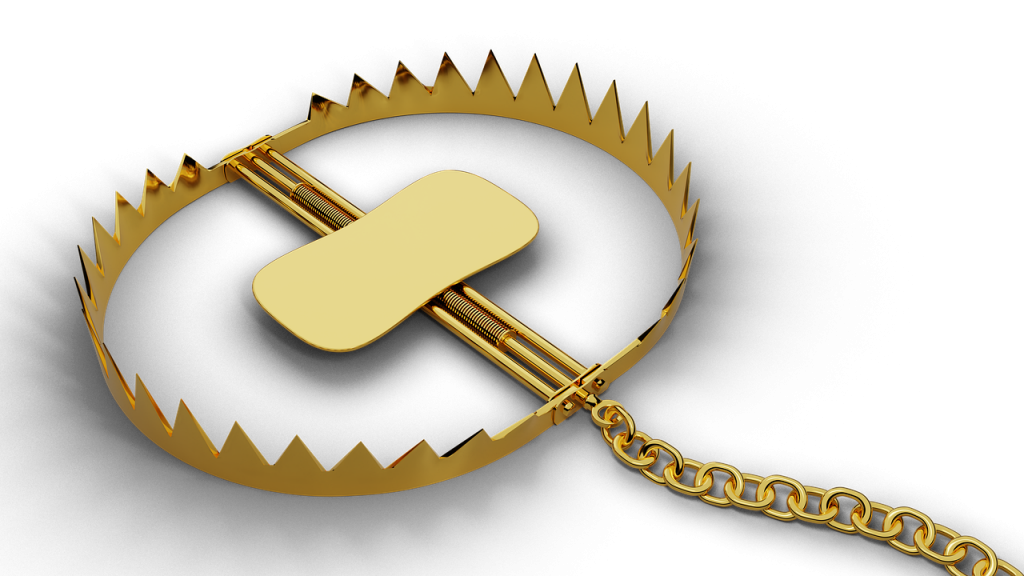 When we desire to create and maintain a positive image in other people’s eyes it will eventually trap us in the fear of man and will keep us from being obedient to God.

A man who flatters his neighbor  Spreads a net for his feet. Proverbs 29:5

Those who enjoy receiving flattery can go to great lengths to be impressive. As the above scripture tells us flattery traps people. It causes people to care more about maintaining their image rather than doing what is right. The problem is that flattery is bound to trap someone to live a double life.

According to Strong’s concordance, the word flattery means dividing, distributing, and plundering. It is also about being smooth and deceitful. Those are all important characteristics of flattery that we need to be aware of. Basically, flattery is enticing and has the intent to pull someone in a certain direction.

Flattery is like a helpless sheep being lured in a direction away from the flock. The sheep is going to be in greater danger of predators when it is led away from the rest of the flock. Similarly, enjoying flattery can gradually lure us away from reality and pull us away from people who genuinely love us and will tell us the truth. Flattery deceives us and separates us from others.

He who rebukes a man will find more favor afterward than he who flatters with the tongue. Proverbs 28:23

You may have recently heard the allegations of misconduct by an influential Christian leader. It appears that the misconduct had gone on for years but no action was taken to correct it. Sadly, those kinds of situations happen over and over again. Why don’t the leaders confess sin? Why don’t they admit before they are found out!? Is it possible that they are trapped by people’s flattery and don’t want to mar their reputation and cause people to think less of them? How about those in the inner circle who knew something wasn’t right? Is it possible that people are too fearful of the “faith giant,” that they shy away from raising a flag or holding them accountable?

I hope every one of us care more about being obedient to God than our image people before people and that we would be willing to admit wrongdoing and welcome a rebuke when it is justified. I also hope that we are willing to speak up when something isn’t right rather than being intimidated by man and allow sin to go unchecked. Shouldn’t it be more important to ensure that the body of Christ is not polluted with sin than fearing man? Isn’t it more important to snatch someone from the grip of sin than being worried about how we are seen?

Some may ask, why can’t we be impressive to others and still be obedient to God? Obviously, people who do things with excellence can be very impressive, but if they do it with the goal of impressing others or maintaining a certain image, then they are in the danger of being trapped and getting derailed from following the Lord.

The scripture tells us that Jesus grew in favor with God and with man (See Luke 2:52). In reality, by the time He was arrested, He had lost the favor of most people. The key to Jesus’ success was than He was never got excited about others’ flattery, and neither did He allow His image before people to rule His life. Since His priority was to please the Father, losing the favor of man was not His focus or purpose. If He had been consumed with being impressive, His actions would have looked very different, and He would not have been able to fulfill His purpose on the earth.

We all should be cautious of flattery and avoid craving them. Complements on the other hand, can be beneficial and encouraging if they are done with the right intent. If we are the giver, we need to ensure that we are sincere and we are not just flattering someone. If we are the recipient of the complements/flattery, we need to take them with a grain of salt, be encouraged, but not to allow them to form our identity. God’s evaluation of us should be more important than anyone else’s words. We need to hear God’s words, receive them in our hearts, and let them shape our identity. This allows us to be secure in God. Then flattery does not affect us, and people’s complements are icing on the cake. If/when we lose them, they would not impact our hearts or change our behavior.

Image by MasterTux from Pixabay