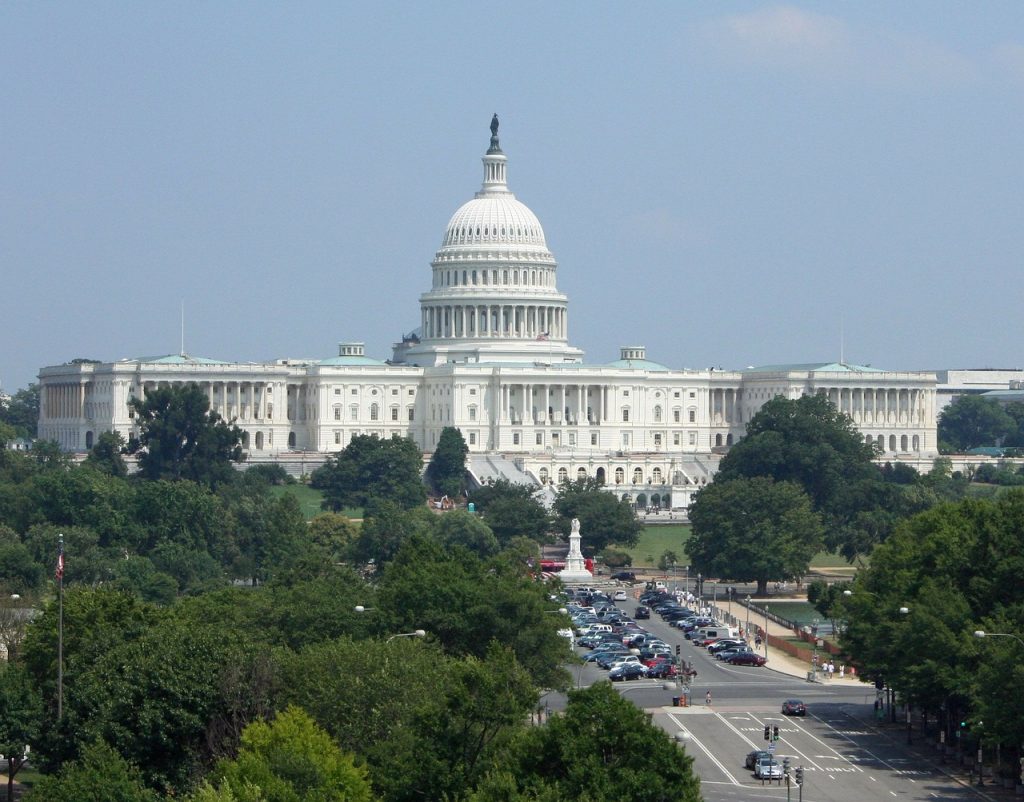 Some Christians claim that as believers we should stay out of politics because we should not impose our views on others. They claim that, after all, we have a “separation of church of state.” The truth is that this phrase is not in the Constitution and neither is it in the Declaration of Independence.

“Congress shall make no law respecting an establishment of religion, or prohibiting the free exercise thereof; or abridging the freedom of speech, or of the press; or the right of the people peaceably to assemble, and to petition the Government for a redress of grievances.”

The First Amendment protects us from civil government interfering with religion by either establishing a certain religion or preventing people from exercising their faith according to their conscience. However, it does not state that the church and state need to be separate in the manner that people claim these days.

Here are the two instances that this phrase was used in the early life of the Republic:

“The first use of the “wall of separation” metaphor was by Roger Williams, who founded Rhode Island in 1635. He said an authentic Christian church would be possible only if there was “a wall or hedge of separation” between the “wilderness of the world” and “the garden of the church.” Any government involvement in the church, he believed, corrupts the church.”

Then in 1802 Thomas Jefferson used this phrase in response to a letter sent to Danbury Baptists. The Danbury Baptists were concerned about government regulating their religious freedom. They argued that if the government gave them the right, then it was no longer an unalienable right and therefore, subject to the regulation of the civil authorities (Barton, Original Intent, 124).

“The Danbury Baptists wrote Thomas Jefferson expressing their concern that the government might try to regulate their religious expression. In response, Jefferson wrote his now famous letter, using the phrase “Separation of Church and State” to reassure the Danbury Baptists that the First Amendment prohibited the government from trying to control religious expression. In short, the First Amendment was intended to keep government out of regulating religion, but it did not keep religion out of government or the public square.”

As you can see, the main concern was the government interfering in the affairs of religion/church but not the other way around. In 1830s, Alexis De Tocqueville, a French historian and political scientist visited the US. He wrote in his book, Democracy in America, that America has a “religious atmosphere” that produces a critical political consequence where liberty and religion are not advancing in the opposite direction but are “intimately linked together (page 295)”. He noticed that religion in the United States influences the mores of society, which in turn regulates the public life and the decisions made in politics (291).

What should Be Our Role in a Democracy?

Our faith should have a regulating influence on the mores of society. We do not need to be ashamed to stand for truth and righteousness. Our Biblical values are a guardrail for our society. We should speak up when the government wants to establish laws that are an abomination to God because we know that the Lord will judge a nation that practices abomination. We should be the influencers for good and godly policies in our country.

Democracy is about the representation of the various views of citizens in a country. Therefore, if we do not speak up about Godly values, then who will do it!? We are the ones who are called to be the salt and light of the earth. Someday this earth will perish, but while God allows this world to continue to go on, we have a responsibility to do our part to be a preserver of society.

We cannot divorce our vote from our worldview and the values that are important to us. This is not about imposing our views on anyone. The election process allows a group of people and their ideologies to be in control of government and set policies that are in agreement with their views. As believers, we have the freedom to vote and speak up about moral issues that God cares about and are healthy for our society. If believers happen to be the majority voice, then Godly values will help to move forward Godly policies and will establish righteous laws.

At the same time,  we cannot forget that righteous laws are not going to change the hearts of the people. We still need to live out the Great Commission and see people’s hearts changed through repentance and salvation. Also, we should protect ourselves from the leaven of Herod (See Mark 8:15) and not get polluted by the political system thinking that if we have influence in government then we are powerful spiritually.

Therefore, my beloved, as you have always obeyed, not as in my presence only, but now much more in my absence, work out your own salvation with fear and trembling; for it is God who works in you both to will and to do for His good pleasure. Do all things without complaining and disputing, that you may become blameless and harmless, children of God without fault in the midst of a crooked and perverse generation, among whom you shine as lights in the world, holding fast the word of life, so that I may rejoice in the day of Christ that I have not run in vain or labored in vain. Philippians 2:12-16

One of the misnomers of democracy is that people have the right to criticize those in authority and complain about issues. People are told that they should vote otherwise they have no right to complain. The truth is that even if we vote, we should not be complaining. We are called to be light in the world. After we vote, we should accept the results and to pray for those in positions of leadership. If there are issues that we need to speak about, then we should address policies instead of demonizing people.

As brothers and sisters in Christ, we should not allow the political parties to divide us among ourselves. We have more in common than we have differences. We should find avenues to work together from the left and the right of the aisle and not allow the binary system of the culture to cause us to be separated into two camps.

While this nation was founded on Judeo-Christian values, it will not be preserved if Christians remain silent. Every generation of Christians has a responsibility to ensure that they teach Godly values to the next generation, reach the lost, speak up for the speechless, plead for the cause of the needy, advocate for moral values in society, and seek Godly justice for all (See Proverbs 31:8-9).

If you have any questions related to God and Government and the various topics I have shared, please reach out to me via comments below or email me at KarlineFischer.KnowHisWays@gmail.com. I would be happy to answer your questions. I may do additional devotional related to topics that people want to know about.

Image by JamesDeMers from Pixabay