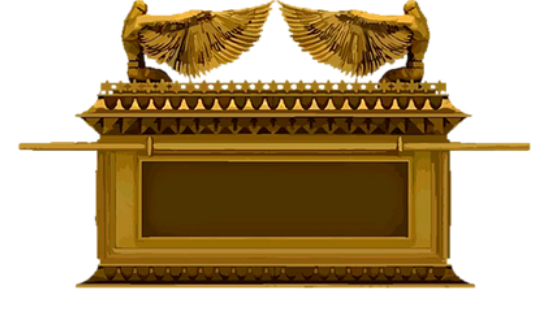 David and all the people of Israel played music and worshipped God as they were about to welcome the ark of God after the ark being away for 20 years. However, there was one major problem!

And when they came to Nachon’s threshing floor, Uzzah put out his hand to the ark of God and took hold of it, for the oxen stumbled. Then the anger of the Lord was aroused against Uzzah, and God struck him there for his error; and he died there by the ark of God. And David became angry because of the Lord’s outbreak against Uzzah; and he called the name of the place Perez Uzzah to this day. 2Samuel 6:1-8

Those who were bringing the ark had placed it on a cart! The Lord had spoken specifically to the Israelites (See Exodus 25:12-15) that the ark needed to be carried on the shoulders. Furthermore, it was the Levites who had the priestly duty of caring for the ark and carrying it.

Carrying the ark on the shoulders of Levites is a reminder of the prophetic word about Jesus.  In Isaiah ( Isaiah 9:6) the scripture tells us that the government will be upon His shoulder. The Levites were going to carry the presence and the government of God upon their shoulders. This was a symbol of their relationship to a holy God, and it also signified their authority in the spirit. Carrying the ark on a cart was a sloppy and pragmatic decision, but it was not a prescribed method by God!

The ark of God would not have moved easily if four men were carrying it on their shoulders, but when they placed it on a cart, it was subject to be handled like any other object. A cart carried by oxen is an impersonal way of handling the ark, and it also lacked the steady arms of those who were responsible for it. While the Israelites were excited about bringing the ark to Jerusalem, they were doing it on their terms rather than based on God’s instructions! I wonder what the Levites were doing when all this was going on!? Is this how we handle our relationship with the Lord!?

Similarly, there is a danger for us to get sloppy with God thinking that we can do spiritual life our way and still expect the blessing of God. The Lord does not want us to get sloppy or to take for granted His presence and His anointing. He also desires for us to remain personal in our relationship to Him.

We cannot relegate our personal responsibility with God and make it just a ceremonial event. For example, our walk with God should be deeper than letting a worship team lead us into worship on Sundays. We need to receive and carry the presence of the Lord upon us in our daily walk. If you are a husband and a father, you have been called to lead your house. Please don’t relegate the responsibility to your wife, your pastor, or the church elders. You carry the mantle of headship for your household, so take your place and allow God to lead you. Don’t feel intimidated by your wife or other men who seem more spiritual than you. You have a call from the Lord, and He has entrusted you with your marriage and your family.

On the other hand, we are not to take on the role that we are not given for the sake of pragmatism. For example, some women have taken on the role of spiritual headship because their husbands are passive or are not leading in the way they expect them to.

Who should lead and how they should lead are both important, and David and his men found that out the hard way! We cannot allow passivity, pragmatism, or sloppiness to take away the significance of carrying His name in His way! God’s method of engagement is not always convenient or easy, but it protects us and others. God blesses us when we patiently do it His way and trust Him with the results.