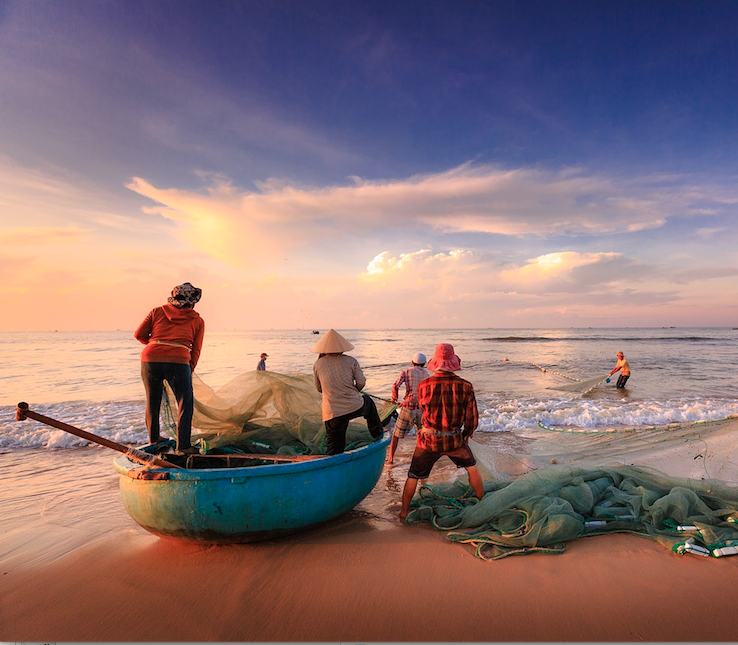 In Jesus’ time, ministry was not glamorous nor profitable. However, these days, ministry has an appeal and expectation that seems romantic and idealistic.

Many of Jesus’ disciples were uneducated fishermen who had learned to quietly do their job daily to provide for their families. Being a fisherman did not bring status nor glamor. Fishermen would have to sit and wait in their boat for hours before they had a good catch of fish. Their accomplishments were not going to be advertised nor were they given trophies for catching the most number of fish. They were just there to make a living.

When Jesus called His disciples to follow Him, He didn’t call them to a glamorous and influential position. He was just shifting their attention from catching fish to catching men. He was calling them to something that for the most part was going to be hard, and it required a lot of patience and perseverance!

Then Jesus said to His disciples, “If anyone desires to come after Me, let him deny himself, and take up his cross, and follow Me. Matthew 16:24

Ministry was never meant to have glamor, status, or money associated with it. As a matter of fact, Jesus told  people that those who wanted to follow Him needed to deny themselves. He taught them that the cross would intersect their natural desires. Unless they were willing to live a life of selflessness, they could not follow Jesus. Sadly, even in His own camp, there were those who had a wrong expectation of what Jesus was going to do for them.

Why is there romance associated with ministry!? Why are there so many false expectations of ministry!? Is the current church climate any better than the days of Jesus? What are people looking for and is this why they get disillusioned with ministry!?

I believe, that if we uncover the truth about this important issue, we may just be on the road to healing and deliverance as individuals and as the people of God who are called to be salt and light on the earth.

Please prayerfully consider your expectations of ministry. What do you hope to achieve or have in ministering to God’s people? Are your expectations Biblical or based on the church culture that you came from? I will continue with this subject in the next devotional.