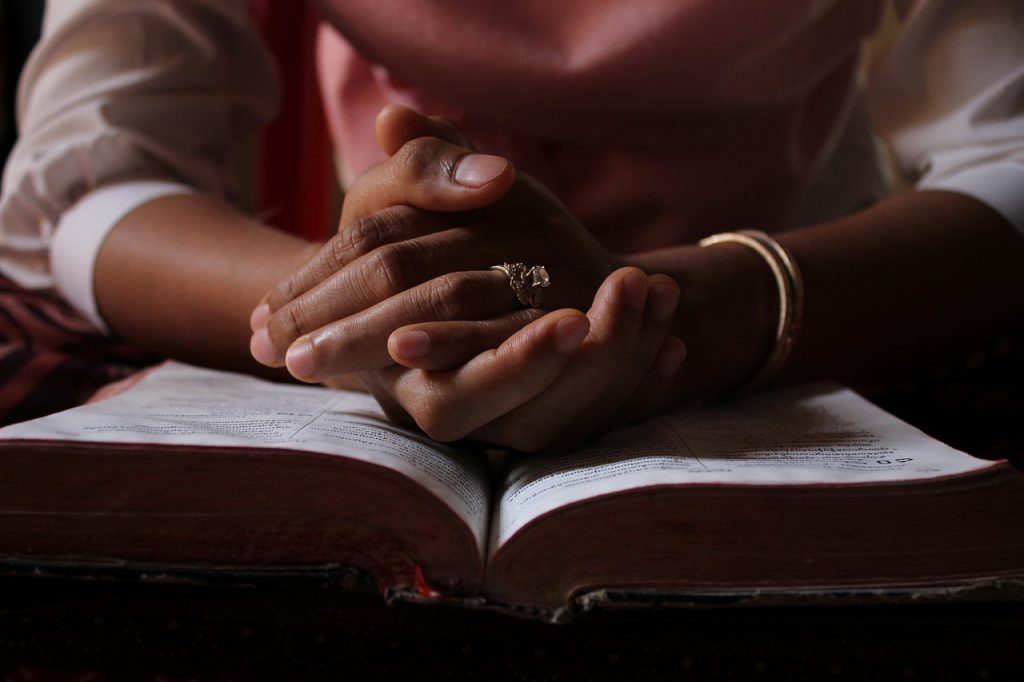 The ways of the Kingdom were a paradigm shift for the disciples from what they used to know. The religious people of their day prayed standing in the synagogues with the intent to be seen by men. Jesus taught them that praying is not about showing off our religious prowess, but it is about spending time with our Heavenly Father.

Religion is about man showing off his/her piety and looking good before men. Jesus taught His disciples that spending time with the Lord was meant to be an intimate time with the Father in connecting with Him. He told them to go to their rooms and pray secretly.

Interestingly, when the baptism of the Holy Spirit came upon them, they were all in an upper room seeking God, praying, and worshiping Him together privately. I would imagine that this was not the first time they were doing it together. They must have continually, quietly, and secretly been praying and worshiping the Lord after Jesus was crucified and resurrected. The only reason we know about this particular prayer and worship time is that it was the day of Pentecost. This was when the power of the Holy Spirit and the gift of tongues fell upon them. The above passages shows that the Kingdom of God touches people’s lives in quiet and unassuming places. The way of the Kingdom is life-transforming power in quiet and unassuming places of life where God meets people.

While Jesus taught them not to be repetitious in their prayers, in the passage from Matthew 6, he encouraged them to ask, seek, and knock in Matthew 7. Those two seem to be in contradiction to one another, but they are not. The main difference between vain repetition and asking, seeking, and knocking is form versus a relationship. Vain repetition is about a mindless prayer to just put in the time and the effort through a man-made formula. It is as if there is magic in repeating something so many times. It can even be ritualistic witchcraft to say a prayer so many times before one gets answers. On the other hand, asking, seeking, knocking is about a person’s interactions with their God and heavenly Father. That means that we are listening as well as praying.

I find sometimes in the process of asking and seeking the Lord, I become repetitious. I want to do a better job of being engaged with the Lord by doing more listening rather than doing a lot talking. Are your prayers repetitious!? How well are you listening when you ask, seek, and knock?