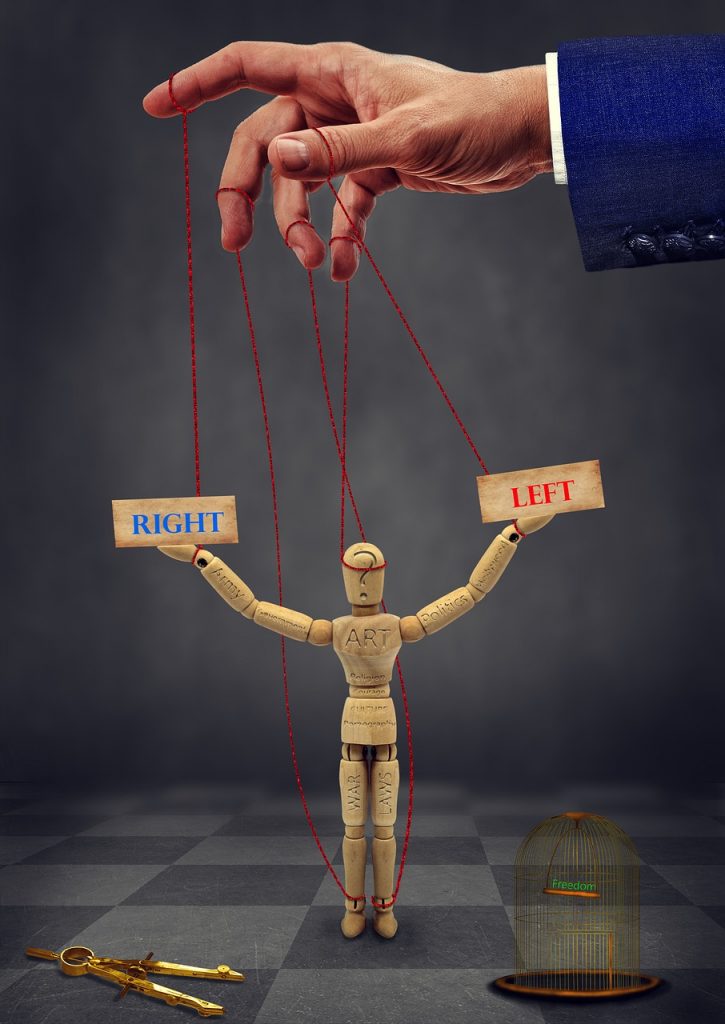 We live in a very divided political times and the level of tension and animosity continues to increase all around us. Jesus warned His disciples about the influence of politics on them, and His warning applies to us as well.

Jesus knew that His disciples would be drawn to get entangled with the religious and political systems of the day, so He admonished them to be discerning of these systems.

According to Strong’s Concordance (Leaven): metaph. of inveterate mental and moral corruption, viewed in its tendency to infect others.

Leaven looks and appears insignificant. On the surface, it does not look like it can do much if anything. However, if you have ever used yeast before, you know that a small amount of yeast causes the dough to rise to much larger than its original volume.

Jesus’s warning was a reminder to His disciples that the religious and the political spirits are about gaining power and position. These spirits are going to come in subtle ways influencing people to sympathize with a point of view. They will seem innocuous; but in reality, they are bringing moral and mental corruption. They will make us feel righteous to take a stance while all along feeling justified to be angry and hateful towards others.  That is not God!

The political system is a well-funded machinery that is run by the voice of those who fund it and the vote of the electorate. The truth is that no political party is righteous, and the politicians’ priorities is not to please God but to please those who fund them to get re-elected. They have to make compromises and will have to walk away from certain offensive positions in order to avoid controversy. As a result, the believers need to be sober minded about the reality of the political scene and not give themselves over to the point that they think our country will become righteous by picking the right candidate.

If we had the ideal conditions of having a Godly candidate with Godly standards, he/she would still not be able to change the hearts of people or the hearts of the media. In the last 20 years, we have elected both liberal and conservative presidents, and the country has been run by both liberal or conservative Congress. However, neither side has been able to get our country in the right direction. If presidents or Congress were capable of changing people, we should have seen it by now.

Obviously, we need righteous laws that guard this nation and protect individuals’ liberties, but unless people have righteous convictions, our nation will continue to go in the wrong direction and lawlessness will continue to abound. Therefore, our involvement in politics needs to be balanced with the proper perspective of its efficacy to bring about change.

At the beginning of January, the Lord led me to fast from various news sources. I have found that my life is much more peaceful and hopeful because I am not exposed to the constant negative bombardment of information from all the news sources. It feels like I am being detoxed, and I am coming out the fog seeing more clearly.  During this time, the Lord is showing me that politics has become the religion of the day. The politicians and the media are defining what is good and evil in the manner that pushes their goals forward, and Christians are getting swept up with all the political rhetoric.

As believers, we need to let the Bible define good and evil, and not dismiss sin or hypocrisy in either party. If we close our eyes to certain sin because we want badly for our party to win, we are in the danger of losing our moral clarity, and in turn, we will lose our credibility before a lost world.

I encourage you not to allow the politics to cause division between you and your fellow believers. Pray for yourself and pray for others that we will all see things from God’s point of view. Let’s not become manipulated and baited by the voices around us. There is certainly political work to be done to better our country, and I pray that God sends Godly leaders to Washington. However, regardless of the results, we cannot forget that we serve a King who is unchanging, and regardless who is in the White House, as for me and my house we will serve the Lord!

6 thoughts on “Beware of the Leaven…”