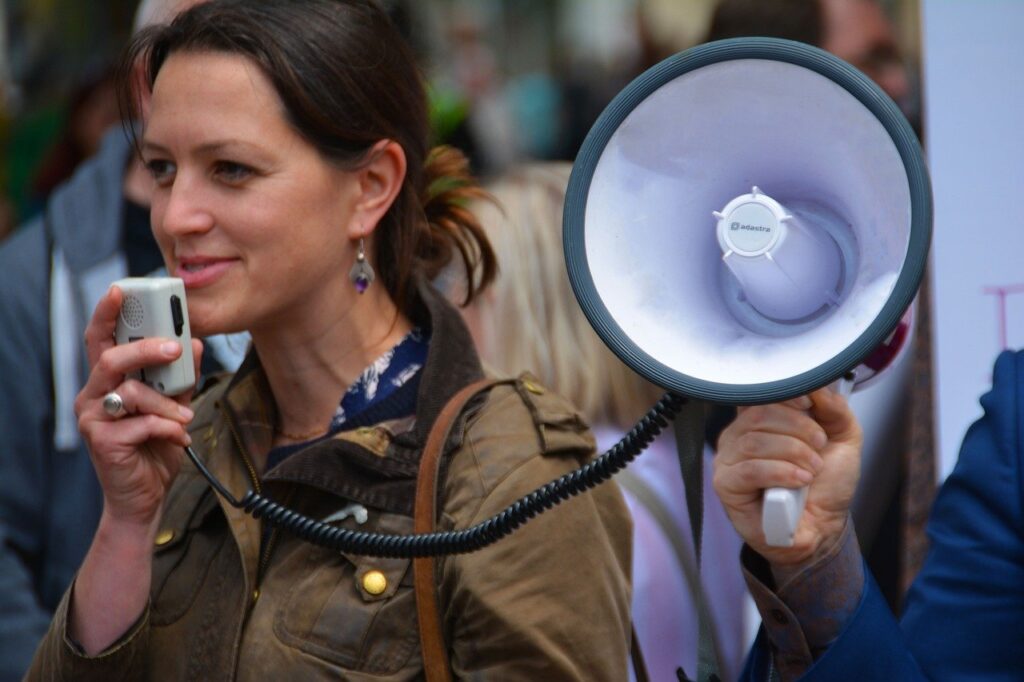 There is a romance associated with ministry. There is a desire to be seen and known. What produces this kind of mindset?

It is easy to conform to others when things are going well, but, at some point, we may find ourselves spiritually derailed. Apostle Peter gives us insight into the issue of conformity and its dangers for our walk with the Lord.
… 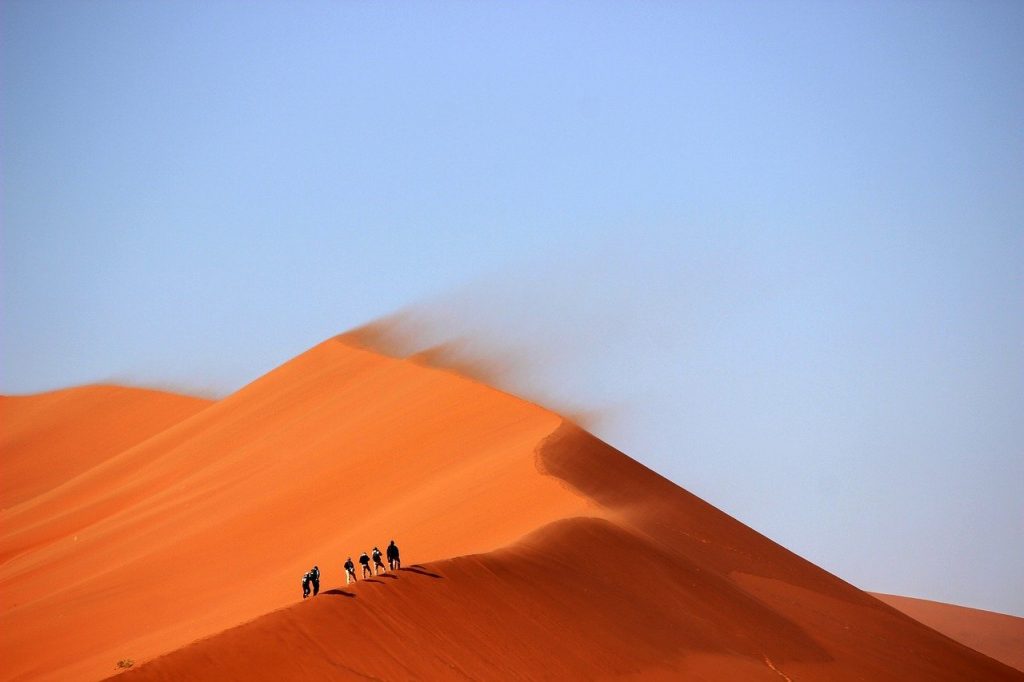 The Israelites learned the hard way that unbelief and listening to the voice of majority has major consequences. Many times, the voice of the majority is not correct, and it requires courage and discernment to hear God amid all the unbelief around us.

Then the Lord said: “I have pardoned, according to your word;  but truly, as I live, all the earth shall be filled with the glory of the Lord—  because all these men who have seen My glory and the signs which I did in Egypt and in the wilderness, and have put Me to the test now these ten times, and have not heeded My voice, they certainly shall not see the land of which I swore to their fathers, nor shall any of those who rejected Me see it.  But My servant Caleb, because he has a different spirit in him and has followed Me fully, I will bring into the land where he went, and his descendants shall inherit it. Numbers 14:20-24

Only two out of twelve spies came back with a good report. The ten spies exaggerated the problem to the point that they convinced themselves and others that they were not capable of fighting those men. On the other hand, Joshua and Caleb’s report was faith-filled. They saw the size of their enemies, but they resolved that God is greater than any giants in the land.

Faith is a decision to believe God and to trust Him when we don’t have all the facts. Genuine and bold faith is not easily found. The voice of the majority generally is the voice of unbelief and relying on it is bound to cause problems and lead people the wrong way.

While we should count the cost before we make a major decision, there are times that we cannot figure out God’s direction, but we know it is from Him. If we are going to walk by faith, we have to accept the fact that the Lord may not provide step-by-step instructions nor does He give details in advance. All we know is that He is guiding us in a certain direction.

When you read the entire passage in Numbers 14, you find that Moses interceded on behalf of the Israelites and God forgave them. However, they still had to experience the consequences of their unbelief and disobedience. God punished the Israelites by keeping them in the wilderness one year for every day that they spent scouting out the land and bringing the unfavorable report to the people. That meant they were going to spend forty years in the wilderness. The only two from their generation who were going to make it to the Land of promise were Joshua and Caleb!

Interestingly, we don’t find Joshua and Caleb complaining about the Israelites’ unbelief and the fact that they also had to remain in the wilderness for forty years before they could enter the land of promise. These two individuals were courageous in the true sense of the word. They were not just warriors confident in their ability to fight the enemies, but they were also humble men who accepted the consequence of Israelites’ disobedience and went around the mountain right along with them.

Knowing God was displeased with them, the Israelites decided to go up and fight the Amalekites after all. Moses told them that they were being presumptuous. God had given them a window of grace and the opportunity to fight the “giants’ in the land, but they had refused to accept it at the right time. Surprisingly, they did not feel like grasshoppers anymore and they thought they could fight them this time! In reality, the Israelites were operating in carnality both times. At first, they did not want to go because they focused on themselves and didn’t think they had what it took to conquer the land. Now, they felt bad about God’s punishment and displeasure, so they decided to fix it on their own. They were not looking to the Lord to help, and they ended up not succeeding in their own efforts.

Sometimes, we get emotional and make rash decisions. We can vacillate back and forth based on how we feel at the moment about a decision. It is better to seek the Lord and allow our emotions of fear, guilt, frustration, or pride to subside, so we can hear God clearly rather than jumping into or out of a decision based on momentary emotions.

Caleb and Joshua remained steady and were able to successfully reach the Promised Land. Our walk with the Lord will continue to require faith, patience, obedience, and humility to have the longevity and the success that Caleb and Joshua experienced.

For we do not wrestle against flesh and blood, but against principalities, against powers, against the rulers of the darkness of this age, against spiritual hosts of wickedness in the heavenly places. Ephesians 6:12

The enemy is subtle in his schemes, and many times we are deceived by looking at people or circumstances from the natural level and perceive issues from a carnal perspective. However, spiritual battles come in different shapes and forms. I shared in the last devotional that we need to be mindful of how we process and perceive information on a regular basis. Anytime, we believe the lie of the enemy about ourselves or others, we open the door to him to defeat us by causing hurt, anxiety, or division. 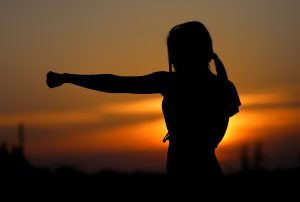 Another area that requires attention in respect to spiritual battles is the voice of the culture and its impact on our value system. Many believers think that the world does not have influence on them, but when they come under pressure or disappointment, those deep-seated values come to the surface! If their values are rooted in the Kingdom, the voice of the world does not move them easily. On the other hand, if they are double-minded, they fall prey to their own desires, others’ views of them, and the perception of the world around them in their moment of need and vulnerability.

For decades Christians were taught that walking with Jesus is all about the person’s happiness. They were not told that it will cost them something. If we want to walk with God, things are not always going to go our way or in our timing. In those times, do we still believe that God is still working out a good plan in our lives? If we don’t believe that truth, we will walk in our carnal nature and try to fix it like we used to before we knew Christ.

Walking with God, also means sometimes people are not going to be happy with us because we have a standard of holiness. Joseph was falsely accused and lost his position because he cared more about pleasing God than pleasing Pharaoh’s wife. Are we willing to pay the price of integrity and not compromise our relationship with God in order to receive the favor of man!? When we understand that there is a cost to following Jesus, we are more resilient. We are able to be stronger in fighting spiritual battles, and we don’t allow the enemy to manipulate us through compromise, disappointment, or disillusionment.

Spend some time with the Lord this week. Thank Him for who He is and what He has done in your life. Prepare yourself spiritually for all the upcoming celebrations and family visits.

Peter and Paul, at first, used their natural strength to fight their battles, and they thought they were being spiritual. You really can’t blame them for their lack of understanding. That was the method that the Israelites had used to fight their enemies for centuries. Their forefathers were warriors. Culturally, it would have been a badge of honor for people to be courageous and to fight opposition. However, Jesus had a different view on this issue.

But Jesus said to him, “Put your sword in its place, for all who take the sword will perish by the sword. Matthew 26:52

Jesus shifted His disciples’ views about fighting. In the heat of the moment, when Jesus was being arrested, Jesus discouraged His disciples to use their sword to protect Him. Those with fiery personalities, like Peter, are ready to go to battle in a moment’s notice. Whenever something looks like an opposition, they are ready with their swords. Their weapon of choice might not be an actual sword, but they fight using arguments, debates, bullying, gossip, and name-calling. Jesus, on the other hand, told His disciples that the consequence of fighting in a carnal manner is that they will be perished through similar means. Fighting by a carnal sword is an open invitation for the demonic and the rejection of God’s ways. If we want for God to be on our side, we cannot fight like the world fights!

For though we walk in the flesh, we do not war according to the flesh. 2 Corinthians 10:3

Our natural senses will continue to see, hear, and feel the enemy around us. However, the paradigm shift is that we need to deny our natural senses and not go into fight or flight mode. In the moment that our flesh wants to react, we are called to lean into the Lord, get the mind of Christ, and understand how the battle should be fought.

How do you handle the opposition? Do you get frustrated or offended? Do you fight back verbally? Do you  have a tendency to be argumentative? Do you use gossip or backbiting to get back at those who have offended or hurt you? The truth is that if we are fighting the battles in the flesh, we are actually trapping ourselves by opening the door to the enemy.

Some people want to do both. They want to fight in the spirit and fight in the flesh. That is double-mindedness, and it will only bear little fruit if any. So how do we fight? I will share about this in the next devotional.