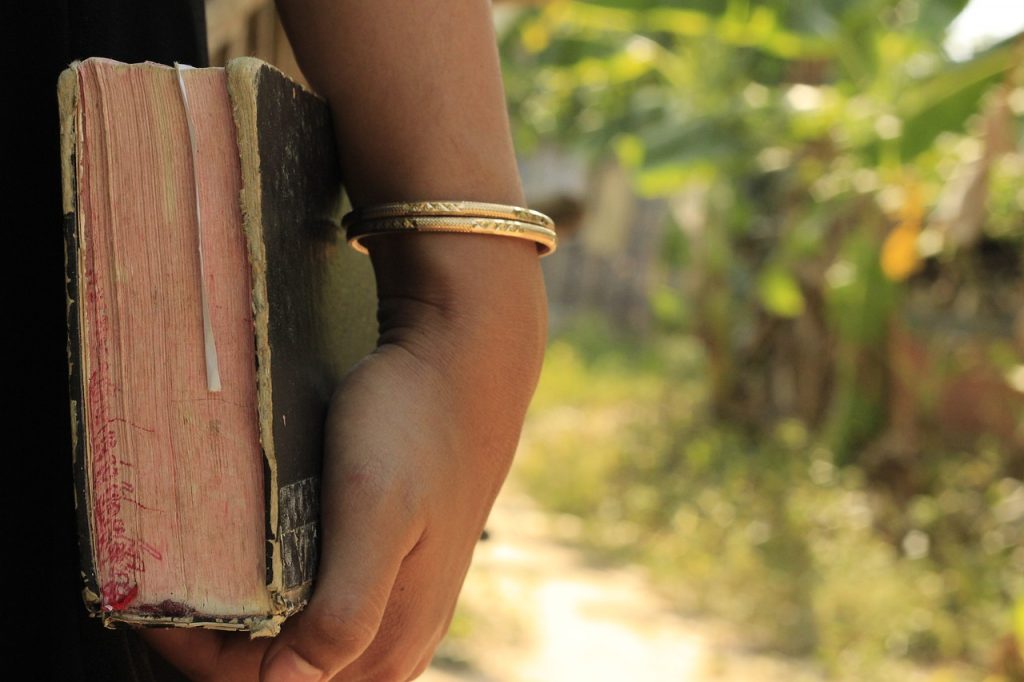 Nevertheless I tell you the truth. It is to your advantage that I go away; for if I do not go away, the Helper will not come to you; but if I depart, I will send Him to you. And when He has come, He will convict the world of sin, and of righteousness, and of judgment: John 16:7-9

Sometimes a person is considered a good follower of Jesus, but in reality in they have learned to follow their leaders very well and rely on them for direction and conviction. While we need Godly counsel, from time to time, Jesus’ idea of discipleship was not just making good followers. He trained and taught His disciples for three years, but then He told them that He must leave so that the Holy Spirit, the helper, be sent to them. This is an important element of making disciples.

We need to invest time and energy in new believers to help disciple them, but, at some point, we need to release them, so they can to walk with God on their own. When we get out of the way, the Holy Spirit can have the opportunity to be their counselor, teacher, and helper. Then the person begins to learn to follow Jesus through the word of God and the leading of the Holy Spirit rather than relying on other people for years to come.

The goal of discipleship is not only helping people to be good followers of Jesus, but also to allow them to be conformed to His image. You see, there is a difference between merely following someone than becoming like him. The adherents of various religions including some Christian groups try to make good followers, but some of those people have not experienced transformation or sanctification. Following a person or an ideology is about doing the prescribed actions and activities in order to conform to the existing culture. However, being conformed is an internal issue.

We begin the process of being transformed into His image by allowing the Holy Spirit to work on us regardless of who is watching. We humbly submit ourselves to the Lord and allow Him to correct, convict, and teach us His ways. We are willing to change when God puts His finger on something whether others are aware of it or not. We are not trying to be impressive with our Bible knowledge or the number of ministries we are involved in, but we desire to please God. The internal transformation is about our our minds, our hearts, and our wills being changed.

clearly you are an epistle of Christ, ministered by us, written not with ink but by the Spirit of the living God, not on tablets of stone but on tablets of flesh, that is, of the heart. 2 Corinthians 3:3

The Apostle Paul sums up the ultimate goal of discipleship very well in the above passage. Every believer is meant to be an epistle of Christ. While Apostle Paul ministered to the believers, ultimately each person was being conformed to Jesus. The laws of God were being written on the tablet of their hearts. They were a letter written by Jesus.

Can we truly say that when we interact with people they are reading a letter from God!? Can they see Jesus more clearly because they have been around us!? To be an epistle written by God and read by men is the ultimate goal of discipleship. This allows others to be attracted to Jesus in us, which in turn, can help in discipling and reproducing Jesus in others. Praise the Lord!

Image by Tep Ro from Pixabay