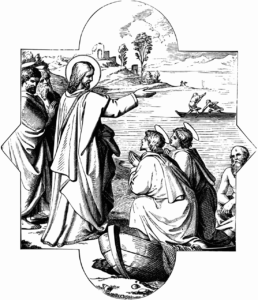 Sometimes we confuse being attached to someone with being committed to them. Jesus walked with His disciples for 3 1/2 years. He was committed to them from day one, but He didn’t allow ungodly attachments in His relationships. His relationship with His disciples changed over time. The truth is that commitment looks different in different seasons and so should the attachments.

When Jesus first approached the disciples, He told them to follow Him and that He would make them fishermen of men. They knew a lot about fishing, but they had no idea how to be fishermen of men. They learned ministry as they spent much time with Jesus and saw His relationship with the Father, and His compassion for humanity. At the beginning, they were becoming His disciplined followers.

No longer do I call you servants, for a servant does not know what his master is doing; but I have called you friends, for all things that I heard from My Father I have made known to you. John 15:15

After having spent 3 1/2 years with the disciples, Jesus began to call them His friends. The relationship had changed, and He was able to share more deeply His thoughts and His emotions with them. It was shortly after when He took James, Peter, and John to pray with Him in His time of anguish. He made Himself vulnerable to them.

And Jesus came and spoke to them, saying, “All authority has been given to Me in heaven and on earth.  Go therefore and make disciples of all the nations, baptizing them in the name of the Father and of the Son and of the Holy Spirit,  teaching them to observe all things that I have commanded you; and lo, I am with you always, even to the end of the age.” Amen. Matthew 28:18-20

Jesus’ relationships changed over time, and He knew not to create ungodly attachments because of personal emotions. Along the way, He told them that it was better for Him to go, so the Holy Spirit, the helper would come (See John 16:7).

At one point, Jesus had to rebuke Peter when he emotionally responded to Jesus’ prediction of  crucifixion. It was natural to get attached to Jesus. It is natural to get attached to others. They provide a sense of security that looks safe and spiritual. Jesus rejected ungodly attachments when the relationships were going well! How many people reject ungodly or unnecessary attachments when the relationship is going well!? Maybe that is how one finds out that the attachment is no longer working as it used to. But I would imagine that sometimes unnecessary attachments may not cause obvious pain. The question is, can we discern them and still respond as the Lord directs!?

I wonder how many people have been stifled in their walk with God because they were not willing to make the difficult changes. Change in relationships is not easy, but if the Lord is after our growth and/or other people’s growth, He may ask us to let go of what we had been holding on to so tightly.

Image by Jo Justino from Pixabay