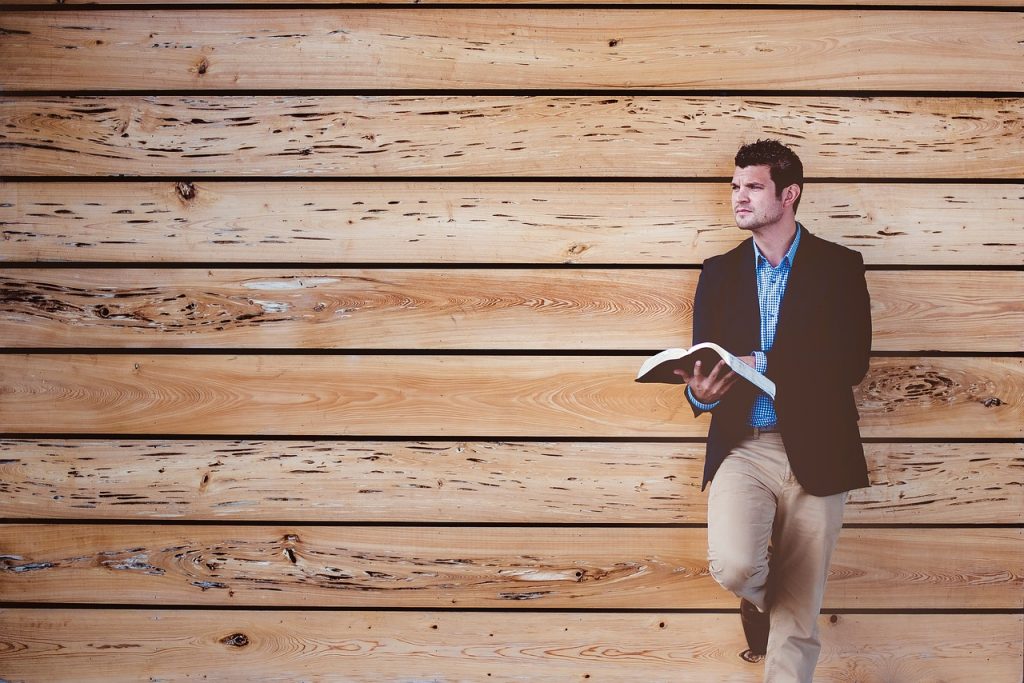 People have come to believe the lie that if someone is popular and likable then they must make a good leader. However, we have a lack of good leadership in our society because people are too impressed with individuals’ public image and their promises.

So it was, when they came, that he looked at Eliab and said, “Surely the Lord’s anointed is before Him!” But the Lord said to Samuel, “Do not look at his appearance or at his physical stature, because I have refused him. For the Lord does not see as man sees; for man looks at the outward appearance, but the Lord looks at the heart.” 1 Samuel 16:6-7

Samuel, God’s prophet and judge, was sent by the Lord to anoint one of Jesse’s sons to be the future king. Samuel looked at the firstborn, who was a warrior, and he assumed that Eliab must be God’s choice. The scripture tells us that God had refused Eliab.  The prophet of God who was so in tune with the Lord got caught up with this man’s outward appearance. If Samuel could get it wrong, we should take heed. It is easy to get deceived with someone’s public image or their eloquence and make assumptions about their character, competence, and integrity.

Now Eliab his oldest brother heard when he spoke to the men; and Eliab’s anger was aroused against David, and he said, “Why did you come down here? And with whom have you left those few sheep in the wilderness? I know your pride and the insolence of your heart, for you have come down to see the battle.” 1 Samuel 17:28

The next chapter (1 Samuel 17) shows us what Eliab was really about. David had come to serve his brothers with food from the house, but when he saw Goliath intimidating the people of God, he could not remain quiet. However, Eliab mocked him. He reminded David that he was a just shepherd boy and that he should go back to care for the few sheep he was responsible for.  Eliab accused David of pride and insolence of heart, but it was him who was proud and insolent. Under pressure, Eliab revealed his heart and his character. Interestingly, he had no problem bullying his brother but he did not have enough courage to face Goliath.

In God’s standard of leadership, the condition of the heart comes first. Good leaders have the humility that makes them dependent on the Lord.  These leaders know that they are in need of God’s counsel every step of the way. They are not impressed with their own accomplishments, and neither are they worried about what others think of them. They have a deep devotion to please God and represent Him well on the earth. Good leaders also understand that their leadership is a stewardship given to them by the Lord and that they are accountable to God for all their actions.

Do you look at things according to the outward appearance? If anyone is convinced in himself that he is Christ’s, let him again consider this in himself, that just as he is Christ’s, even so we are Christ’s. For even if I should boast somewhat more about our authority, which the Lord gave us for edification and not for your destruction, I shall not be ashamed—  lest I seem to terrify you by letters.  “For his letters,” they say, “are weighty and powerful, but his bodily presence is weak, and his speech contemptible.” Let such a person consider this, that what we are in word by letters when we are absent, such we will also be in deed when we are present. 2 Corinthians 10:7-11

Apparently, Apostle Paul was not impressive in appearance, but people found his letters weighty and worthy of respect. The Apostle reminded them that they were too focused on the outward appearance, but they were not paying attention to the authority that God had given him.

Is it any wonder why so many churches are weak!? People have come to focus on the leaders’ appearance, personality, and popularity but they neglect the more signifiant factors. They assume someone is anointed because they can draw a crowd, make people feel good about themselves, or entertain them.

As people of God, we should examine the leaders at a deeper level and ask questions such as: What are their core beliefs? How did they become a leader? Are they loyal to teaching the word of God and not deviating from it? Are they anointed by God to set the captives free? Are they self-seeking? Are they manipulating people to give? Does their work/ministry produce Godly fruit in others’ lives? Are they self-sacrificial and bold for the Kingdom? Will they be able to withstand the heat when the persecution comes?

We need to restrain ourselves from being impressed by people. We also need to take our time to see and hear what the Lord wants to show us.  Samuel got it wrong seven times in picking the future king, but he did not get discouraged. It could be that he was rushing through the process rather than waiting on God to speak to him about one of the sons of Jesse. When he did not see any that God had picked, he asked if Jesse had other sons.

We sometimes assume that those who are visible are the right ones for leadership, but, in reality, good leaders can be overlooked. Good leaders may get missed because they are not visible or may be outsiders to the “in” crowd. God wants to bring people from various spheres of society and lift them up in leadership because they have his heart and cannot be bought by the popularity culture.

Image by StockSnap from Pixabay