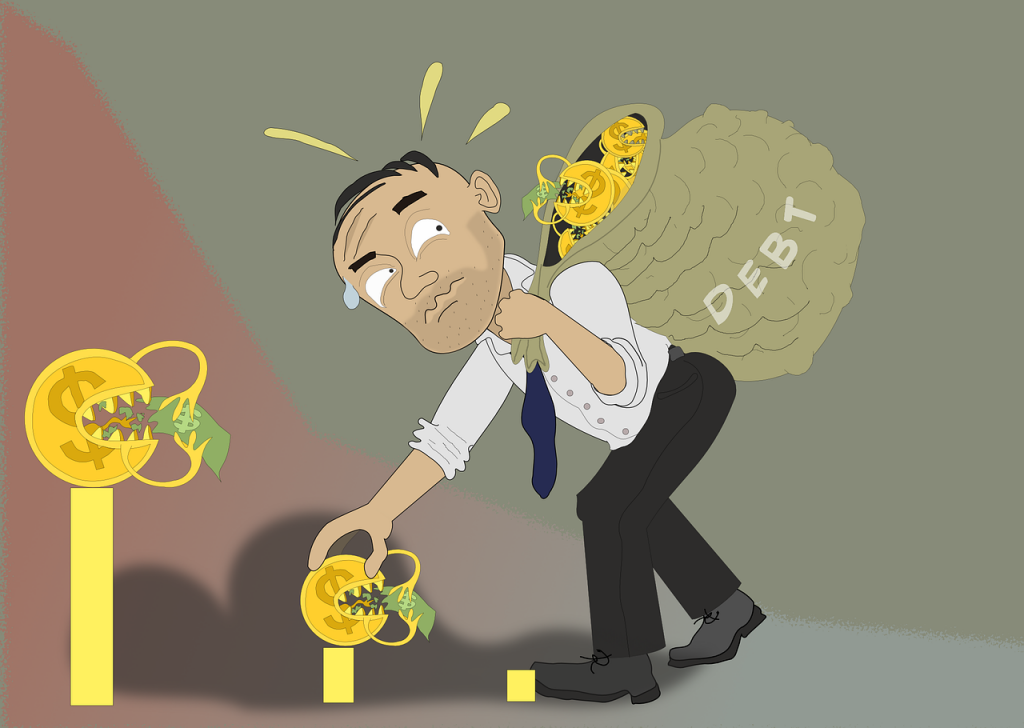 God’s financial principles are invaluable to the health of any society, and they impact every sphere of government. The civil government along with all the other spheres of government need to diligently handle the money they are given to steward.

For example, God considers debt a form of slavery. Wasteful spending leads to debt and poverty, and we should not allow the civil government to be wasteful with the taxpayers’ money. We need to learn God’s instructions in handling money, put them into practice in our own lives, and hold other spheres of government to sound financial principles.

When we handle our finances according to God’s principles, we will have greater peace and stability in life. Failure to follow His precepts, puts people in danger of instability and chaos at home and in the society.

In the next couple of devotionals, I will provide an overview of God’s heart when it comes to money, resources, and their management.

Then God blessed them, and God said to them, “Be fruitful and multiply; fill the earth and subdue it; have dominion over the fish of the sea, over the birds of the air, and over every living thing that moves on the earth.”  And God said, “See, I have given you every herb that yields seed which is on the face of all the earth, and every tree whose fruit yields seed; to you it shall be for food. Genesis 1:28-29

God created Adam and Eve, and He assigned work for them to do in their sinless state. Their purpose was to subdue the earth, work the fields, and produce food for themselves. God graciously provided them every resource, but they needed to do the continual work of sowing seeds, planting, and harvesting the fields.

Working is a part of man’s assignment and blessing on the earth and should never be seen as a curse. The Lord could have expected Adam and Eve to rest all day and everyday. Instead, He gave them six days to work and one day to rest. This was God’s mind and purpose for humanity, and it has not changed since then. God’s design is loving and compassionate. Letting people off the hook and not expect them to be responsible for themselves is not loving nor compassionate. If God expected Adam and Eve to work the fields and produce for themselves, we should also expect the same of our growing children, employees, church members, and the people in society.

For even when we were with you, we commanded you this: If anyone will not work, neither shall he eat. 2 Thessalonians 3:10

We are expected to work and provide for our families. Paul clearly told the church not to give hand out to individuals who did not want to work. This is an important concept that we need to remember. Providing handouts to individuals who are fully capable of working only steal self-confidence and strength. They are not compassionate. They also make someone feel that they are not good enough or capable enough to do something for themselves.

Dishonest scales are an abomination to the Lord, But a just weight is His delight. Proverbs 11:1

Wealth gained by dishonesty will be diminished, But he who gathers by labor will increase. proverbs 13:11

One of the main issues in financial realm is having just weights in our dealings with people. We should work with integrity and to be honest in our business dealings. We should not try to cheat other people to gain more money because God calls that an abomination!

The above scriptures tell us two important truths. God is angry with those who make dishonest gains. He also tells the people that their wealth will actually be diminished if they cheat. How many times have we considered the fact that someone’s financial trouble could be due to dishonest dealings!?

As people of God, integrity has to be the order of the day for us. We must live with integrity and expect it from others around us. We should expect truthfulness and financial integrity in government spending, private enterprise, churches, families, and individuals. Without integrity, we will fail as a society. Integrity should be non-negotiable.

The rich rules over the poor, And the borrower is servant to the lender. Proverbs 22:7

God looks down upon borrowing and considers it a curse. He called Israelites blessed because they were not going to borrow from others.  Instead, they were going to be in a position of lending and reigning. Borrowing causes a person to be at the mercy of the lender. This can bring oppression, control, and even slavery.

Sadly, borrowing is encouraged in our culture, and many individuals and families are bound by huge financial obligations due to living beyond their means. Nowadays, churches have huge debts and the government is in astronomical amount of debt. This should raise a concern for every American.

Some may claim that things have become so expensive that it is unrealistic to have enough money to pay for the goods without borrowing. The truth is when we all decide to borrow money to purchase something, the prices will continue to go up. On the other hand, if people refused to pay the high prices and stopped borrowing, it would force the market to lower its prices.

There are always reasons to borrow. People have to restrain ourselves and decide that they are not going to put themselves under a huge financial obligation. This is dangerous to the well-being of families as well as the future of this country.

Similarly, the civil government continues to spend the taxpayers’ money. Furthermore, it has placed this country under huge financial debt. According to Center on Budget and Policy Priorities, in 2019, the US spent $375 billion in interest alone. That is 8% of government spending, and that does not even touch the staggering debt principal (26 Trillion dollars), which continues to accumulate on a daily basis. So, instead of falling for every promise that politicians make to fix something with more money, we should demand that they stop borrowing money and find ways to cut the government spending.

Image by Rilsonav from Pixabay