Then Jesus, being filled with the Holy Spirit, returned from the Jordan and was led by the Spirit into the wilderness,  being tempted for forty days by the devil. And in those days He ate nothing, and afterward, when they had ended, He was hungry. And the devil said to Him, “If You are the Son of God, command this stone to become bread.”

But Jesus answered him, saying, “It is written, ‘Man shall not live by bread alone, but by every word of God.’ ” Then the devil, taking Him up on a high mountain, showed Him all the kingdoms of the world in a moment of time. And the devil said to Him, “All this authority I will give You, and their glory; for this has been delivered to me, and I give it to whomever I wish. Therefore, if You will worship before me, all will be Yours.”

And Jesus answered and said to him, “Get behind Me, Satan! For it is written, ‘You shall worship the Lord your God, and Him only you shall serve.’ ”

Then he brought Him to Jerusalem, set Him on the pinnacle of the temple, and said to Him, “If You are the Son of God, throw Yourself down from here. For it is written:

‘He shall give His angels charge over you,
To keep you,’ and, ‘In their hands they shall bear you up, Lest you dash your foot against a stone.’ ”

And Jesus answered and said to him, “It has been said, ‘You shall not tempt the Lord your God.’ ” Now when the devil had ended every temptation, he departed from Him until an opportune time. Then Jesus returned in the power of the Spirit to Galilee, and news of Him went out through all the surrounding region. And He taught in their synagogues, being glorified by all. Luke 4:1-14 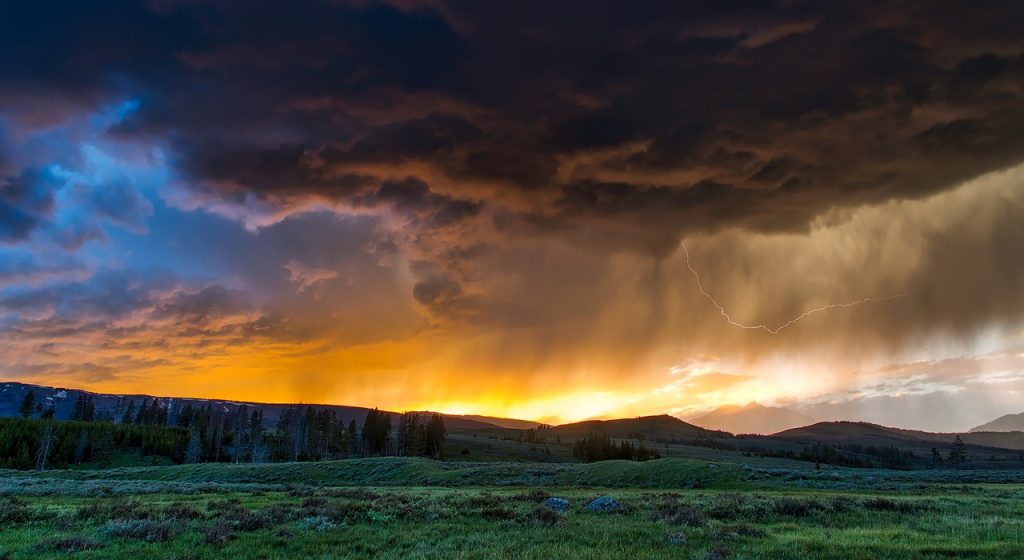 Jesus’ extraordinary baptism experience did not stop Him from being led into the wilderness! He was confirmed by His Father during baptism, but now He was going to be tempted by the father of lies! Jesus was tempted by the devil in the wilderness in provision, authority, and identity.  First, although He had not eaten for forty days, He knew that the Lord was His provider and sustainer. Second, Jesus was secure about His access to power and authority, and He only wanted what the Lord had for Him in God’s timing! He had no selfish ambitions or He would have taken the bait and tried to take a short cut to gain glory without obedience and the suffering! Third, Jesus was tempted in His sonship! Would the Lord rescue Him if He threw Himself down from the top of the temple!?  Jesus knew God’s character and His love towards Him, but He also knew that God did not want to be tested!

The wilderness provides the same temptations for us. First, would we provide for ourselves and take the matter in our own hands or will we wait on the Lord to do it His way and in His time? Are you waiting on God’s provision in a particular area of your life? Are you wondering if you should try to just make it happen with your ingenuity!?

Second, are we willing to sell out our Godly convictions and values to gain honor and recognition? There is much temptation in the body of Christ to be big for God! It seems like unless we do something that is impressive to others, we don’t think we are significant or are making a difference in the Kingdom. To the contrary, there were many times that Jesus told His disciples not to tell anyone about the miracle that He had just done. Are you tempted to advertise your spiritual feats in order to prove that you are mature, prophetic, anointed, etc!?

Third, do we test the Lord by going outside of the His boundaries and relying on His love to rescue us? Sometimes, we can get so desperate that we just throw off God’s boundaries because we want what we want when we want it! We assume if God loves us so much, He will look the other way and that He is not going to hold against us. We may also rationalize it by thinking that God knows our needs and that He wants us to be happy!

How are you doing in the season of wilderness? Do you see the value of it while you’re in the midst of it? I will continue with this subject in the next devotional.