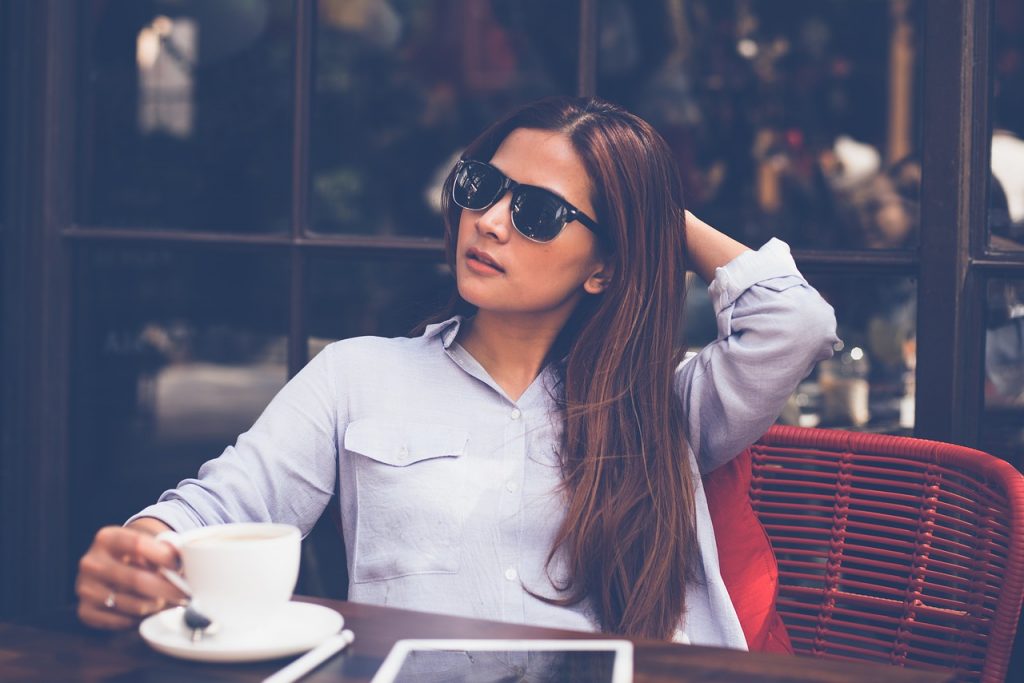 While we think of Godly wisdom as making good and solid decisions in life, there is more to it. One of the significant characteristics of Godly wisdom is relating properly to other people.

In that day this song will be sung in the land of Judah:

We have a strong city;
God makes salvation
its walls and ramparts.
Open the gates
that the righteous nation may enter,
the nation that keeps faith.
You will keep in perfect peace
those whose minds are steadfast,
because they trust in you.
Trust in the Lord forever,
for the Lord, the Lord himself, is the Rock eternal.
He humbles those who dwell on high,
he lays the lofty city low;
he levels it to the ground
and casts it down to the dust.
Isaiah 26:1-5 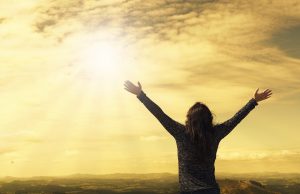 It’s difficult to keep our minds focused on the Lord when there is upheaval in the world. All the noise around us along with circumstances try to pressure people into stress, worry, and panic. The news networks are banking on people’s fears by giving them more issues to think and worry about. In addition, there is misinformation, manipulation, and exaggeration that makes it difficult to discern between truth and partial truth.

In the midst of this global issue, we need to remind ourselves that the enemy intends to steal, kill, and destroy people’s peace, wellbeing, and lives. We can’t open ourselves up to all sorts of information out there and expect to keep our peace! The Lord tells us that those whose mind stays on Him, will enjoy perfect peace! According to the above definition,  His peace gives us a sense of safety and contentment. It allows us to know that we are embraced by the Lord of the universe and that we are going to be ok.

A few days ago, I found myself anxious about the future of this country and where we are headed if this situation continues to go on. The more I listened to the news, the more anxious and frustrated I became. I realized that feeding on all this information was not producing any good fruit in my life. So I decided to stop watching the news for a while and not allow all the predictions, speculations, and opinions of people get to my heart. Praise the Lord that I am doing a lot better in the last couple of days!

According to the above scripture, when we remain focused on the Lord and lean into Him, we will get to enjoy His peace. This is a deliberate decision that we have to make. If we have a tendency to rely on our emotions, minds, or will power to control our circumstances, the stress level can even become intensified in these circumstances. This is far greater than any one person, nation, or the entire world to figure out. We need to humble ourselves before the Lord and let Him lead us. He has the solutions to the world’s problems, and He will give us wisdom and insight from heaven.

What is your mind focused on these days!?

I believe we all desire God’s perfect peace. In order to enjoy His peace, we have to do the work of keeping our focus on the Lord. When we show self-control and avoid listening to continual negative reports, we won’t allow our focus to be diverted. This action is a statement of trust that we don’t have to know everything to feel safe and secure; instead, we rely on the one who knows everything and has the power to change things. He is the rock eternal. He is unchanging and reliable. The more we remind ourselves of who God is for us, stress and anxiety will dissipate and will be replaced with the peace and the assurance of our heavenly Father!

Image by Daniel Reche from Pixabay

On the same day, when evening had come, He said to them, “Let us cross over to the other side.” Now when they had left the multitude, they took Him along in the boat as He was. And other little boats were also with Him.  And a great windstorm arose, and the waves beat into the boat, so that it was already filling. But He was in the stern, asleep on a pillow. And they awoke Him and said to Him, “Teacher, do You not care that we are perishing?”

Then He arose and rebuked the wind, and said to the sea, “Peace, be still!” And the wind ceased and there was a great calm. But He said to them, “Why are you so fearful? How is it that you have no faith?” And they feared exceedingly, and said to one another, “Who can this be, that even the wind and the sea obey Him!” Mark 4:35-39

While Jesus and the disciples were on the boat, a great windstorm arose to the point that the boat was filling with water. The disciples panicked, and all their thoughts about ministering on the other side went out the door! All they could think about was their survival and that they were about to perish. On the other hand, Jesus remained calm to the point that He could actually remain sleep!

Similarly, this is the time that many are fearful and uncertain about their lives, and it is easy to give in to the spirit of fear and panic. Jesus’ disciples were not aware that a good and powerful work was awaiting them on the other side, so all they could focus on were the circumstances that they were in.  I believe there is also great work for us on the other side. We cannot be focused on the circumstances around us and allow them to dictate the level of peace and clarity we have in this hour.

For years, the Lord has given us burden to pray and reach our families, friends, coworkers, society, and the nations. Now, He is preparing us for the harvest! We need to remain alert and available if we are going to cease the moment and make the most of every opportunity!

The disciples accused Jesus of not caring! Because Jesus was silent and calm, they assumed that He didn’t care. The reality was that He did care, but His care was about God’s purpose in His life and accomplishing the mission that the Lord had given Him. He cared about those who were down and out and were under the bondage of sin, religion, and the devil. At the same time,  He was not concerned about the windstorm because He knew the call of God on His life and that His mission on the earth was not finished. Therefore, He did not give in to fear and did not retreat. It would have been easy to tell His disciples to try to go back where they came from and try again after everything is calm, but He did not allow the enemy to dictate How His plans were going to go.

Jesus calmed the storm by commanding the sea to return to peace and stillness. And at this command, a calmness took over.  In this hour, let’s not agree with fear and retreating from God’s purpose. Remain alert, pray with authority, and command the evil to flee. Speak peace and calmness over yourself, your family, and your neighborhood. Be ready for what is on the good works on other side of this and allow God to take charge of this hour in history!

Image by Lothar Dieterich from Pixabay

This hope we have as an anchor of the soul, both sure and steadfast, and which enters the Presence behind the veil, where the forerunner has entered for us, even Jesus, having become High Priest forever according to the order of Melchizedek. Hebrews 6:19-20

When we think about the Lord and what He means to us, many times we think about how He has changed our lives and set us free from the bondage of sin and destruction. We’re also reminded of how He has grown us and has helped us to overcome in life. Those are all important truths that we should bring to our minds and our hearts. We should be thankful and joyful for God’s loving kindness and His mercies for bringing us through. However, there are times in life that we need to focus on Him as the anchor of our soul!

Definition of anchor (according to Webster’s dictionary): a reliable or principal support , something that serves to hold an object firmly. 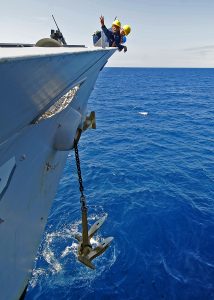 The world is in a state of panic and unrest due to a virus with unknown characteristics. The 24/hour news along with social media do their job of mixing facts with half truths and opinions and feed anxious people with as much as information as possible. Obviously many want to be cautious and do their part in not allowing this virus to spread. This causes them to continue to be glued to their TV, radio, and phones for the latest information. However, there is something quiet and insidious going on that as believers we should be aware of.
In uncertain times, as the people of God, we should live our lives differently from the world! The Lord is our anchor and the stability of our lives. He is our creator and holds the world and everyone in it in the palm of His hands. It is by His mercies that we wake up everyday to an orderly world. The sun rises everyday and our temperatures remain perfect for human functioning. We have clean air and the capacity to breathe and live. He provides us with daily bread and the ability to eat it and be nourished by it. Sadly, the majority of the people in the world do not acknowledge the Lord, nor do they seek His face. They have no faith that He is present and that He desires to intervene in their lives.  Subsequently, it is logical for them to panic when a situation arises that they cannot control and do not completely understand.
Our stability is not founded in the world system, economy, and its version of peace. We know that without the Lord, we cannot live, move, or have our being. So the same God who held our lives three months ago, He is still on the throne, and He is still the stability of our lives! Jesus is our hope and He has gone behind the veil and has revealed the heart of the Father to us. Those who know their heavenly Father, will have a different posture in tumultuous times. Our hope is not anchored in our own strength but in the love of God and in Jesus as our High Priest and intercessor.
While we should be wise and follow the recommendation of healthcare professionals, we don’t need to let fear cause panic. As people of God, let every form of fear be expelled in Jesus’ name! God is still on the throne, and He is our protector and deliverer. As Jesus anchors our soul in His peace,, let’s be the agents of His peace, calmness, and stability in these uncertain times!
Image by David Mark from Pixabay